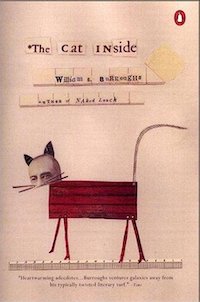 New York: Grenfell Press 1986, issued in an edition of 18 copies bound in full limp vellum with a drawing by Brion Gysin stamped in gold on the front cover. Text by Burroughs with drawings by Gysin and printed in two colors using the duotone process on a hand letterpress. All copies signed by Burroughs and Gysin and housed in a custom made box. A true fine press production

_____ an edition of 115 numbered copies bound in hand-painted paper over boards without dust jacket as issued. All copies signed by Burroughs and Gysin.