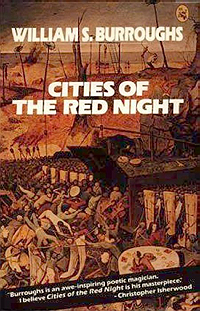 New York: Holt Rinehart & Winston 1981, an edition of 500 copies signed by Burroughs issued in a slipcase without dust jacket. There was also apparently a signed and lettered edition of this work, assumed to be 26 copies, which is not mentioned on the limitation page, but lettered copies have appeared for sale. Burroughs’ first new work of fiction in a decade and his first with a publisher willing to publicize and otherwise support sales of the book.

New York: Holt Rinehart & Winston 1981, first trade edition, hardbound in dust jacket. Full wrap-around cover art is “Triumph of the Dead” by Peter Brueghel courtesy of the Prado Museum in Madrid, selected as one of the Hundred Best Novels in Modern Fantasy by David Pringle for 1981. 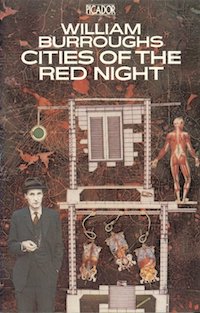 This bibliography of A-List publications by William S. Burroughs derives from Eric C. Shoaf’s Collecting William S. Burroughs in Print: A Checklist and is published online courtesy of the author, who retains all rights. Published by RealityStudio in April 2007.
Cities of the Red Night Eric Shoaf William Burroughs