It was in 2006 that Jed Birmingham wrote the following text about the relationship between William S. Burroughs and Jan Herman, publisher, writer, artist, and connoisseur of the cut-up. It is with tremendous pleasure that RealityStudio now uses that text as the introduction to an entire archive of Herman’s important work. 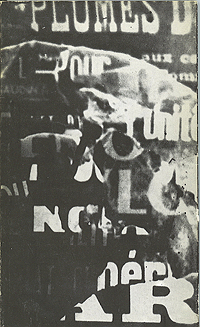 In the Burroughs Forum, there are currently discussions about Jan Herman’s blog as well as a post providing a picture of his cut-up collaboration with Jürgen Ploog and Carl Weissner Cut up or Shut Up published in Paris in 1972. A “tickertape” introduction by Burroughs runs across the tops of the pages just as Burroughs’ “The Last Words of Hassan-i-Sabbah” runs across the top of the 1981 Am Here Catalog Five. 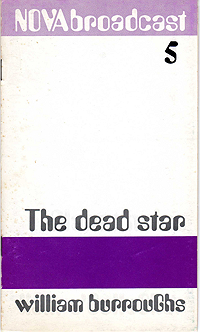 The Dead Star is a wonderful publication that is part broadside / part chapbook / part pamphlet. All the publications from Nova Broadcast Press (there were more than the six Nova Broadcasts) experiment with form and explore new ways of presenting printed material. These publications are examples of artists’ books which is largely a late 20th Century phenomenon that exploded in the 1960s and 1970s. “An artist’s book is a book created as an original work of art, rather than a reproduction of a pre-existing work. And also, that it is a book which integrates the formal means of its realization and production with its thematic or aesthetic issues.” Johanna Drucker is one of the foremost experts on the subject. For example, Jan Herman’s “General Municipal Election” is another great publication from Nova Broadcast Press that can be considered an artist’s book. Published in 1971, the publication is a foldout poster of a cut-up collage ballot complete with a 7″ lp. Journal of the Identical Lunch (Alison Knowles), The Braille Film (Carl Weissner with a counterscript by William Burroughs), The Louis Project (Carl Weissner and Jan Herman), Mess Kit (Norman Ogue Mustill) are some other titles from Nova Broadcast Press. These publications, like The Dead Star, play with the pamphlet, poster, broadside, and folder form as well as with elements of cut ups and collage. They are available on abebooks.com from a variety of booksellers with signatures and associations in some cases. They are all affordable and provide an inexpensive entry into alternative press bookmaking of the late 1960s and early 1970s.

Jan Herman also published a magazine with co-editors Mary Beach, Claude Pélieu, Norman Ogue Mustill, and Gail Dusenbery (with much additional help from Carl Weissner, who was not on the masthead). Like Nova Broadcast Press, San Francisco Earthquake was associated with City Lights. The magazine published Ferlinghetti, Carl Solomon, William Burroughs, and Bob Kaufman from the Beat circle. The magazine ran for five issues from 1967-1969. (Jan Herman’s blog contains some inside info on the Earthquake.) Burroughs appeared in several issues of the magazine. In issue one, Burroughs submitted “Word Authority More Habit Forming Than Heroin.” The Earthquake also reprinted Burroughs pieces previously published in other magazines like “The Coldspring News” (The Spero), “Salt Chunk Mary,” “Last Awning Flaps on the Pier” (both in Intrepid). 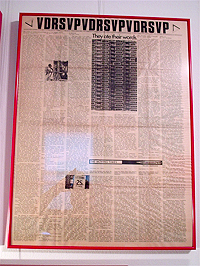 Herman published VDRSVP in the summer of 1969. It was designed by Mustill, who also came up with the VDRSVP headline that ran across the top of the broadsheets. (There were three of them — 22-1/2″ x 29-1/2″ — printed front and back in a 7-column format. Two were vertical layouts and one was horizontal.) The broadsheets included Burroughs’ “The Moving Times,” Vostell’s “Four Instant Happenings,” contributions by Allen Ginsberg, Carl Solomon, Alan Ansen, and Sinclair Beiles, and collage art by Norman Ogue Mustill and Jan Herman. The three VDRSVPs were folded up and included in a folder as San Francisco Earthquake 5. The publication’s newspaper format resembled many of Burroughs’ works of the period. Again, San Francisco Earthquake is very affordable and provides some high quality Burroughs material as well as a fascinating snapshot into the art and literary avant-garde in the late 1960s. I highly recommend Issue 5 as an example of how the little magazine can further the boundaries of the magazine format and introduce other mediums into its creation.

Jan Herman also edited Brion Gysin Let the Mice In published by Something Else Press in 1973. (Jan Herman’s blog has more on this book.) The book presents cut-ups by Brion Gysin, Burroughs, and Ian Sommerville, but according to Beat Books, “consists mainly of material by Gysin from the late 1950s and early ’60s, including written pieces, drawings, and accounts and photographs of performances, experiments, and personalities.” Burroughs contributes “The Invisible Generation,” “Word Authority More Habit Forming Than Heroin,” and “Parenthetically 7 Hertz.” All these pieces previously appeared elsewhere. Something Else Press printed 500 hardcovers simultaneously with 1000 softcovers in February 1973.

Something Else Press deserves a special mention. Dick Higgins founded Something Else in 1964 in order to publish avant-garde writing in many cases related to the Fluxus Movement. According to Steve Clay, “Artists’ books, critical theory, conceptual art, amusement, back to the land hippie culture — through the use of conventional production and marketing strategies, Dick Higgins was able to place unconventional works into the hands of new and often unsuspecting readers.” From 1964-1974, Higgins published over 60 books plus additional “pamphlets, newsletters, cards, posters, and other ephemera” from writers and artists as diverse as Gertrude Stein, John Cage, Ray Johnson and Emmett Williams. (Williams was brought in as editor of the press in the mid-’60s; Herman succeeded him in 1971.) Dick Higgins’ credo for the press was: “When asked what one is doing, one can only explain it as ‘something else.’ Now one does something big, now one does something small, now another big thing, now another little thing. Always it is something else.”

Like Dick Higgins, Jan Herman seeks to do something else as a writer, editor, and publisher. Nova Broadcast Press and The San Francisco Earthquake are superlative examples of the power and beauty of the alternative press and little magazine. His work is highly prized by institutions and collectors such as at Northwestern University and I highly recommend the pieces I mentioned above. The Dead Star was the first Burroughs collectible I ever bought and I find that my thoughts and appreciation of this publication have changed and grown as my knowledge of Burroughs and alternative publishing has increased. For now I see The Dead Star as an example of an artist’s book that pushes the envelope of what can be done with print. But the publication is probably so much more and I can not wait to discover more about it. 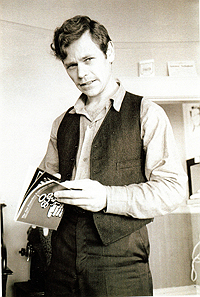 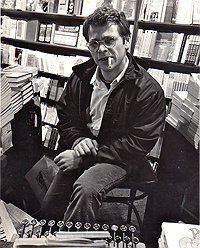 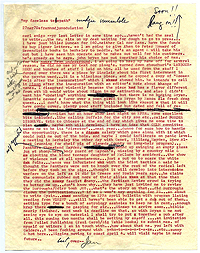 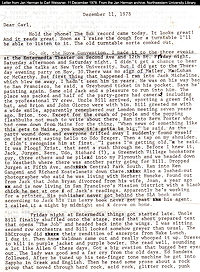 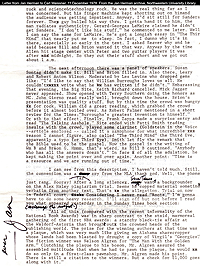 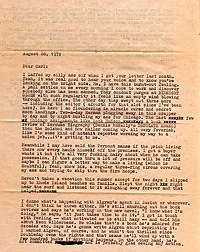 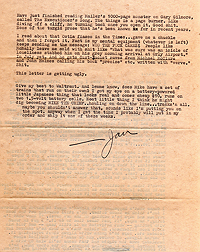