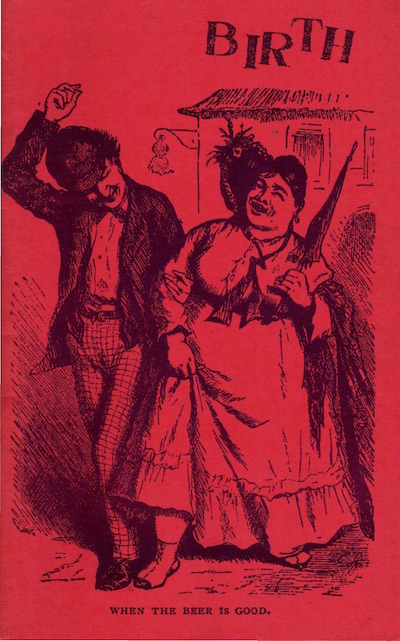 Last month, Alex Wermer-Colan, intrigued by the virtual Bibliographic Bunker, sought out its physical location for a brief twenty-four hours. Specifically, Alex wanted to get direct access to the magazine appearances from 1959-1965 in order to recreate the contemporary encounter with Burroughs and his work. Magazines, literary or popular, are incredible time machines. For my taste, the further you get away from the hardcovers of corporate publishers the closer you get to the authentic experience of a bygone time and place. The ephemeral is where it’s at, and where the aura of an era resides. As Puffy says, “It’s all about the Benjamins.” Or something like that. I might be mistranslating.

Anyway, Alex had come to the point in his research where digital reproductions were no longer enough. The visual was no longer enough. The other senses had to come into play. The textures, scents, sounds, and tastes of paper had to be experienced. Alex entered into the Bunker and immersed himself in the Mimeo Revolution. I hope he had a good trip.

Rummaging through the shelves lining the Bunker, Alex suggested I scan Birth 3 Volume 1 & 2 for RealityStudio. Founding Fug and original BASE jumper Tuli Kupferberg’s legendary mag is an inspired choice and gets to the heart of what drew Alex into the Bunker in the first place: the magazine as time machine and archive. Each of the three issues of Birth center on a single theme — Bohemia, children’s literature, and drugs, respectively — and each provides a collage of primary materials relating to that topic. The mosaic approach is very Burroughsian and Burroughs is naturally featured in the drug issue (quotes from the Master Addict Letter in the British Journal of Addiction and quotes on cocaine and morphine from The Naked Lunch). Note the “The” as Naked Lunch was only available at the time in the Olympia edition or, of course, in the pages of little magazines. So Birth holds great interest for Burroughs fans as an early appearance, but what Alex quickly realized flipping through its pages is that the magazine gathers together the hipster’s concept of drug culture at the exact time that Burroughs’ Naked Lunch entered that culture and changed it forever. In the January 1960 issue of Mademoiselle, Allen Ginsberg was asked what the coming decade would bring. He answered drugs. Birth exists on this pivot point into a shifting drug culture. A dying concept waiting to be reborn. As such it helps readers of today sample the flavor of Naked Lunch as experienced at the time of its publication and helps one to understand the words of the dormouse in 1967. Download Birth and feed your head.