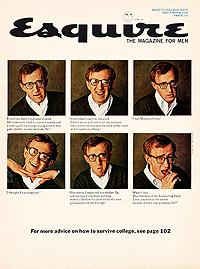 In these foreign suburbs here, a map of Tangier on a flaking plaster wall. I look from a photo layout to the map and drive pins in the map pointing location of the photos. The wall is grey and metallic under the plaster; electricity leaking into the walls the way it does in these old houses, you can get a shock from these pins. Look at the map. It won’t be there long. Departed have left no address. Your reporter selects a clipping from file labeled Daily Express, Saturday, April 23, 1964, (London): “This is America, New York, Friday: Research team spoke into a tape recorder which was playing through sound spectrograph. The machine converted words into pictures looking like contour lines on a relief map.” Relief map of old words and photos. They all went away. In 1929, year of the St. Louis tornado, when all the records went up, wasn’t nothing for it but to survey the county. They called in Old Arch to do the job and a heap of folk didn’t own what they thought after the Big Survey. Wasn’t a less liked man in Interzone than Old Arch standing there with the coldspring news. “The last carnival is being pulled down, buildings and stars laid flat for storage.” What’s in Tangier? Look at the map. Your reporter leafs through back numbers of the (now defunct) Tangier Gazette, Moroccan Courier, Minaret: “English Made Easy for Beginners, January 17, 1947. Today we are going to study the verb to fix. The general meaning of fix is to fit together or put in place, as I fixed the notice to The Board. Still another meaning is to set right or put in order. I fixed that up all right. Other meanings are to fix a date.” November 8, 1957: “Restaurant 1001 on Garibaldi Street reopened last week with a large cocktail party. Manager Brion Gysin is back. Among those present were Mr. & Mrs. James Skelton (it will be recalled that Mrs. Skelton is the former Mrs. Mary Cook of Seattle), veteran traveler David Edge, Mr. Peter Mayne author of The Narrow Smile, Mr. David Lamont, Hamri, the Moroccan painter, Mr. Martin, Mr. Jones, Monsieur Jean and Barnaby Bliss your reporter.” Friday May 31, 1957: “Explosions demolished the contraband ships Barra (English-owned under the British flag) and the Red Witch (Lituanian-owned under the Costa Rican flag) in Tangier port during the early hours of Monday, May 20. At approximately two a.m., the Barra blew up killing the Spanish watchman aboard. At three a.m., police and fireman over the scene, the Red Witch went sky high.” July 31, 1959: “Newest of the galaxy of bars to open is Top Hat on the Avenue España, decorated by George Jantus with Peter Lacey at the piano.” February 6, 1942: “One of the mysteries of Tangier Sergeant T. (for Terrence) Heming, Gibraltar Security Police aged thirty-one, death certificate at the British Consulate. Five other names with the same date. Explosion at the port February 6, 1942. Bomb in a mail sack? Mine against the quai? Dust and smoke, “The Man Who Never Was.” The cavity still exists: Stein’s British ultimatum of peace or war. To the sound of alarm bells English made easy: 1, 2, 3, 4. This is the fourth lesson. Look at the map? Sky full of holes flaking like plaster. Dead folks talk dim jerky far away now. August 25, 1955: “Charles Gallagher’s latest get together held at his new apartment on the top floor of the Old Flatiron Building had its moments of suspense. So strong was the crosswind from the open front door through the balcony that every time the door was opened to let somebody in or out the subsequent blast of air all but blew all the guests on the balcony over the retaining wall. A closed-door policy saved the guests. Those who risked their lives and had a lot of fun doing it were Mr. and Mrs. Paul Bowles, Rupert Croft-Cooke, Chris Waklyn, Bill Burroughs, Dave Wollman (your reporter) and Eric Gifford, who now works with the Gibraltar Broadcasting Service.” How many Tangier residents were listed in Who’s Who, February, 1958? Paul Bowles, composer and author, studied with Aaron Copeland and Virgil Thompson, composed music for Summer and Smoke. October 9, 1959: “That taxi that burned for a few minutes last Tuesday afternoon on Mohamed V.” April 8, 1955: “we know of one soul who was presented with an electric bill for $42. There had been an electric leak in this particular dwelling.” “Twas the rain-riddled late afternoon of December 13, 1955, at the Villa Mouniria Calle Cook. Author Bill Burroughs was writing a letter in his penthouse quarters. Suddenly a stream of men, some carrying guns, opened Burroughs’ door and looked in. The explanation is that the Villa Mouniria is for sale and these were guides for the ‘Black Bernous,’ none other than the ex-Sultan of Morocco Mohammed ben Arafa. Burroughs, the most politically neutral man in Africa, said: ‘Ben Arafa’ Quien es” January 21, 1955: “Madame Terefen Laila, clairvoyant, is now telling fortunes at the Rembrandt Hotel. . . .There’s a new policeman on Goya St.”

Written by William S. Burroughs and posted by RealityStudio on 14 June 2010.
Texts by Burroughs William Burroughs

3 thoughts on “Tangier Cut-Up (from Esquire)”