A Review of This is a Game Called ‘Hello, Hello, Here is X.X.,’ a sound work by Mark Jackson. You can listen to an excerpt on Vimeo.

“One must be careful when treading through the rice paddies of the avant-garde, lest a full chute of napalm come slag-screaming down your backbone” – Lester Bangs. 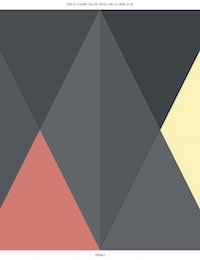 Rhetorical question for you. Say you went to visit Burroughs in Lawrence at his home in 1995, and amassed seven hours of unpublished interview material with the man on his views on life, the magical universe, and everything. What would you do with the results? Why, you would release a few minutes of random inconsequential banter between yourself and the artist that came in between the questions on a very limited edition (only 200 made) record, wouldn’t you? No? Well, you’re sure as hell not the vinyl producers here then. I know how much of a pain in the posterior transcribing can be, and seven hours is a long time to have to slog through, so on one level I can almost understand this. Almost.

My friend John let me listen to this on his record player and came through from the kitchen at one point to adjust it, as he though there was something wrong with the sound. There wasn’t. What you hear here on the four tracks, two (not that) longish and two much shorter, are the sounds of young English interviewer Roger Clarke talking to Burroughs as he potters round his garden feeding his fish, or as they look through his garage for props from the Naked Lunch movie, or as Clarke sits in WSB’s orgone machine. It’s oddly evocative, in that you hear undefined rustles and crashes and rattles, and your imagination makes up what you think is going on as words briefly appear like swimmers caught in eventually-consuming riptides of black silence, but ultimately I can see no real reason for the existence of this record.

It’s vaguely interesting to hear WSB talk very briefly about (as usual) cats or insects, but the real trouble with this release is that the voice of the interviewer is about three times louder than that of his often-far-from-the-recording-mike elderly interviewee, whose frail voice you have to strain to hear. It just makes the whole thing sound like a vanity project where the visitor liked the sound of his own voice more than Burroughs’, and put out a record to prove that he was once in the man’s slowed-down octogenarian radius. This comes across as some sort of avant-garde private joke influenced by WSB’s unusual artistic methodologies, which, on one level, is fair enough, in that nobody (that I know of at least) has ever done this before, though with good reason. Mark Jackson, the man who edited this record into what it is, has done a lot of Burroughs sound work. I guess he must have an interesting perspective on what WSB fans will find worthwhile. 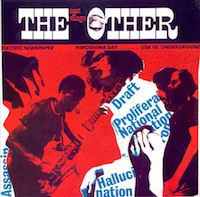 This headscratcher release reminds me of JG Ballard saying to an interviewer that the ultimate interview would be the interviewer asking him hundreds of questions, and Ballard not answering them. In the 60s, a small, strange American label named ESP Records put out a load of weird and obscure recordings, including Burroughs reading from Naked Lunch and Nova Express. It also put out an eclectic-source collage album called East Village Other Electric Newspaper which included Allen Ginsberg and Peter Orlovsky chanting mantras, and also had a liner listing of “SILENCE by Andy Warhol, copyright 1932.” I guess the analogy to the work under discussion here is pretty obvious. If you want to hear Burroughs’ eccentric, far-reaching interview views on things, you can hear those elsewhere easily. If you want to hear his muffled mumbling about chiggers with attitude or giant toads, well, this record is right up your alley. This is a game indeed. Whether or not you feel like playing along is entirely up to you.

Written by Graham Rae and published by RealityStudio on 6 Dec 2014.