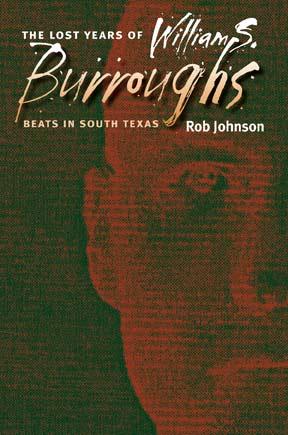 “‘SHOOT THE BITCH AND WRITE A BOOK! THAT’S WHAT I DID,’ William Burroughs suddenly shouted, standing up fast.” The bitch was Joan Vollmer (the common-law wife whom Burroughs shot in Mexico in 1951), the book was presumably Naked Lunch, and this improbable outburst occurred before astonished visitor George Laughead Jr. in March 1997, just a few months before Burroughs died. “Did he just say what I think?” Laughead reports whispering in his account of the meeting. In reply James Grauerholz, Burroughs’ longtime friend and amanuensis, commented: “It’s so out of character.”

Burroughs’ character — the man has become such a myth that our notions of him have acquired a solidity that betrays the hombre invisible moniker. He was a junky, queer, vanguardist. The story of his life, from the silver spoon of his St. Louis youth to the heroin needle of his Tangiers exile, has become a modern legend. We think we know Burroughs, to the point where we even have the gall to speculate on what the man might have thought about events he never lived to see. We feel, like Grauerholz, that we can judge what might have been in or out of character for Burroughs.

But can we? In his amazing new book, The Lost Years of William S. Burroughs: Beats in South Texas, Rob Johnson describes Burroughs seated quietly at dinner with some friends. Suddenly, according to witness Ted Marak, Burroughs seemed to break through his habitual reserve. He leapt upon the table, which he had built himself from railroad ties, and exclaimed to his astonished dinner guests, “Now, by God, this is functional!” This too seems out of character — and yet “Shoot the bitch and write a book!” is the same sort of unprecipitated outburst. For that matter, after the noir-ish prose of Junky and Queer, you could consider Naked Lunch a shocking outburst too. There’s practically a moral here, as though we should be wary of our own solidified notions of Burroughs and his character. You never know when the guy might erupt into unpredictability.

The Lost Years often introduces uncertainty into the myth of Burroughs but therefore expands our notion of the man. If you ever worried that in later years Burroughs surrounded himself with sycophants or with people somewhat too impressed with his achievements, then The Lost Years restores balance to the picture. Professor Johnson interviewed a number of people who knew Burroughs during the period 1946-1949, when he lived in the Lower Rio Grande Valley of South Texas. These were people who “knew him when” — they knew him before his literary achievements; they knew him as a drinker, not a junky; they (mostly) knew him as a married man with two kids, not as a homosexual.

On the whole, the folks who knew Burroughs in South Texas don’t seem to have been especially impressed. “Repeatedly,” Johnson writes, “I was told, yes, he was an interesting person in some ways, but there were a lot of intriguing people.” Some viewed Burroughs as a member of what Johnson calls “South Texas Beats,” a group of eccentric and often self-destructive characters. Some viewed him as a bit of a chump, a “gentleman farmer” who came to Texas and got suckered into buying arid land. Some viewed him as a dullard remarkable not for wild stories but for a lack of basic social skills. When Pat Paris was asked to accompany Burroughs on a trip to Mexico, she replied: “Why would I want to go out with an idiot like that?”

If Burroughs did not impress the people around him, though, they certainly impressed him. Johnson does an excellent job showing how South Texas provided Burroughs with a store of characters — generic types like the oilman and the sherrif as well as specific ones like Tiger Terry, a young man killed by a lion in a nightclub across the border in Mexico. Johnson also takes great pains to show how South Texas shaped the basic outlook that informs Burroughs’ books. His individualism was literally put to the test on his farm, where he believed a man ought to be able to support himself and live free from intrusion. His “factualism” was argued out in letters with Allen Ginsberg, who was flirting with Communism and psychoanalysis back in New York. His conservatism — which, Johnson points out, did not mean in the late 1940s what it means today — was tested by the “wetback deal,” by the ethical ambiguities of being a farmer dependent on illegal labor imported from Mexico. And his entrepreneurialism — yes, Burroughs was the spawn of his inventor grandfather — came up short in the get-rich schemes fabricated by himself and his friends.

However, the most important event to shape Burroughs, as he admitted in the introduction to Queer, was the shooting death of his wife Joan. A feisty, intelligent, and openly sexual woman, Joan very much remains in the shadows of history, and The Lost Years doesn’t — can’t? — do much to fill in the picture. Her cleavage seems to have left as much of an impression as anything else — Ted Marak recalled that “Joan always wore one style of dress, buttoned all the way down the front, and they were always too small, and she never wore undergarments. She had ‘gapsies’ in her dress that I had trouble not looking at. And that poor girl, she’d eat two, maybe three Benzedrine inhalers a day. Never heard her speak a word.” Alarmingly, Marak also recalls that Burroughs — an excellent marksman — had the habit of doing a William Tell routine with her, shooting fruit from their orchard off the top of her head.

Such stunts were truly edgy if not “insane,” as Burroughs himself said. When his South Texas friends and acquaintances heard that, shortly after leaving for Mexico, Burroughs shot and killed Joan, few were surprised. To the contrary, it had seemed almost inevitable to them that some such awful end was in store. Remarkably, Johnson also discovered in his interviews that Ted Marak — never before interviewed on the subject of Burroughs — was an “ear witness” to the fatal event. At the moment of the shooting Marak had been in an adjoining room. He heard the shot and Burroughs shouting, “Quit hamming it up, Joan. Get up!” Fearful of the police for his own reasons, Marak slipped away, never to tell his account — nor even to read a Burroughs book — until located by Professor Johnson.

The Lost Years brims with such details. It veers from embarrassing moments — Burroughs being taunted on Mexico streets by children calling him Willy El Puto — to close textual analysis, from social history to plain old storytelling. (It is difficult, for example, not to get caught up in the tale of Tiger Terry.) And Professor Johnson’s own story, his genuine enthusiasm to discover that Burroughs lived in his neck of the woods, also plays a role in the book: “I’m probably the first person who has read Naked Lunch, walked around on Burroughs’s fifty acres of ‘the finest land in the Valley,’ and known that it was farmed by El Hombre Invisible.” Thanks to Johnson’s efforts, however, the epithet hardly seems appropriate anymore. The Texan Burroughs has at last become visible. The Lost Years is so revealing and, let’s not forget, fun to read, that it may even recast the Burroughs myth anew. William S. Burroughs: junky, queer, vanguardist — and gentleman farmer.

1 thought on “The Lost Years of William S. Burroughs”