As mentioned in the forum, a cabin owned by William Burroughs ten minutes outside of Lawrence Kansas is on eBay for $159,950. (PDF) The property is on Lone Star Lake and includes 4500 square feet of land. Apparently Burroughs mentioned the cabin in a couple of his late writings. Burroughs writes in My Education, “…and I got me this cabin out on the lake. Got it cheap since I was able to put up cash, which the owners needed to put down on another house they is buying out in the country. Could easy sell it now, but what for? A few thousand profit? Nowadays what can you do with that kinda money? My neighbor tells me right in front of my dock (I’ve got access, and that is the thing matters here on the lake… a dock, see!), well, my neighbor tells me that right in front of my dock is the best catfish fishing in the lake, but I don’t want to catch a catfish… … I could cope with a bass, or better, some bluegills — half pound, as tasty fish as a man can eat — fresh from the lake, and I got me an aluminum flat bottom boat, ten foot long, $270…a real bargain. I likes to row out in the middle of the lake and just let the boat drift…” It is interesting to see the man Kerouac thought was a millionaire trust fund boy getting all excited about the various bargains and land deals he has made. I know precious little about Burroughs in Kansas but the whole Burroughs mystique of the ultimate hipster and godfather of various countercultures appears to melt away and reveals a simple man who appreciates the simple pleasures of life like fishing or his cats. 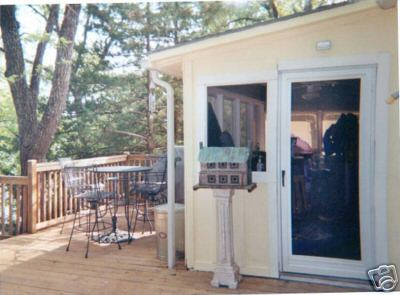 The owners of the house want to sell it to someone who will appreciate the fact that William Burroughs was the previous owner. This conjures up some pretty interesting questions about Burroughs and collecting. There have been talks for quite some time about transforming Burroughs’ home in Lawrence into a museum. For me this is an interesting proposition. The idea of a Burroughs homestead does not jive with the image of el hombre invisible wandering the Third World and the “Negro Streets at dawn” searching for an angry fix. One of the most interesting aspects of Burroughs as a writer is his outsider stance and his self-imposed exile directly contributed to that worldview. That said the later Burroughs of Lawrence reveals another side of Burroughs that was always present but seldom seen: the Midwestern Burroughs who cherishes his piece of property, his financial freedom, and his part of the American Dream. A Lawrence museum could be a place that these two sides of Burroughs could come together. I would agree that Burroughs’ home in Lawrence is a historic place. He did arguably some of his most successful writing and artwork there; the locale influenced his worldview and creative output; the locale reveals a side of him as an individual at an important stage of his life, etc.

Interesting to consider if the Lone Star Lake property generates any of these same feelings or associations. Does the mere fact that Burroughs owned the house add to its value or make it more desirable to a Burroughs enthusiast? It is a personal decision but the answer for me is no. But I am by no means representative. I recently read an article in I think Maxim about a man who collects celebrity hair. He has samples of hair from Napoleon, Abraham Lincoln, John Wilkes Booth and Marilyn Monroe. Apparently collecting the hair of famous people was not unusual in the Victorian Era and celebrities would often entertain requests for their locks from fans. Nowadays in the age of genetic engineering, these requests would strike most people as scary if not a tremendous invasion of privacy. That issue aside collecting hair brings up the issue of how personal do you want to be in your collection; how close to the author do you have to get? Do you want Burroughs’ home because he walked the halls or maybe sat and wrote a book there? 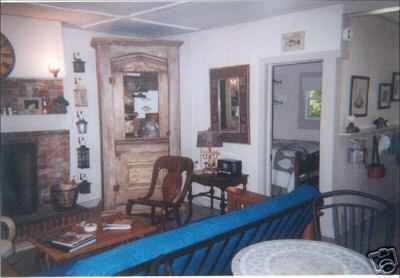 My collection definitely relishes a bit of the personal touch. I love books or periodicals that have Burroughs’ signature. The fact that he held the book and made my signed copy of the book special appeals to me. Had I been collecting in earnest when Burroughs was alive I would have loved to have my books inscribed to me for an added personal touch. Manuscripts, holograph corrections, signatures, things that get me close to Burroughs as a writer I hold dear. I particularly prize Burroughs’ works themselves as an art object to be looked at as well as an artifact to be read. But I tend to value the book or magazine instead of making the leap to the personal item.

The Allen Ginsberg Estate Sale at Sotheby’s in 1997 or so offered several of these personal items. The most interesting item in the sale to me was a handwritten journal or notebook of Burroughs’ travels to South America in the 1950’s. This item merged the personal with the literary in just the right way for me. Burroughs’ canes, his trademark suit, or other personal affects held less appeal. These items moved away from the literary too far. I wonder what I would feel about owning Burroughs’ typewriter or a pen or another more literary item. 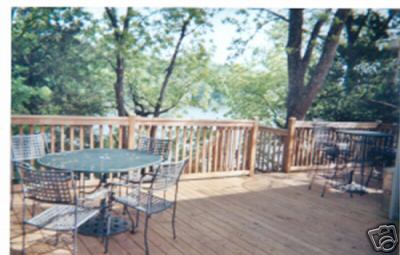 Several collectors do not feel the same way I do. Most notably, Johnny Depp forked over thousands of dollars for a trench coat of Jack Kerouac’s worn on the road. Personal items like blue jeans turn up on the collectible market at times over the years and these items fetch serious money from tons of eager collectors.

Now I cannot lie I have crossed my self-imposed boundaries at times. A while ago I had the chance to get a Burroughs Adding Machine from before World War II. I have to admit that I like seeing Burroughs’ name on the machine and thinking how this invention shaped Burroughs as a person. Increasingly, I appreciate the machine as an object and I like its beauty associated with the arcane and the obsolete, much like the vinyl LPs and mimeo magazines that have become such a part of my collection. As I said before, there is no right path to take when collecting, only what is right for you.