An Installment in Jed Birmingham’s series on the The Greatest Burroughs Collectors. #4 is Eric Shoaf. 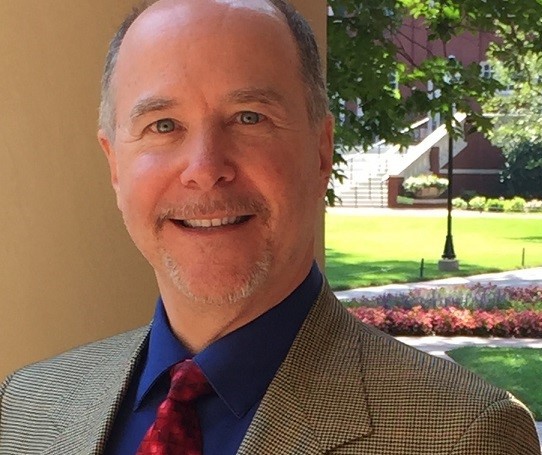 Yet neither Schottlaender nor Goodman, despite their achievements as Burroughs collectors, make my list. Instead, I am including another bibliographer: Eric Shoaf. My reasons for including Shoaf surprisingly have nothing to do with his diligent and inspiring work as a bibliographer. In fact, his Burroughs bibliography is not even his crowning achievement in that regard; that would be his Hunter S. Thompson book, Gonzology. With Burroughs, Shoaf provided merely a checklist without the bells and whistles of a descriptive bibliography. No, the Shoaf I am including here is largely a figment of my own imagination. Just as I have My Burroughs, a Burroughs that never existed but one that I willed into existence because he serves the needs of my own desires and fantasies, I have created My Eric Shoaf. What follows includes a large dose of speculation; it forms my ideal Eric Shoaf and in turn my ideal Burroughs collector.

I have gotten it into my head somehow that Shoaf donated his collection to the University of Virginia in an act of pure generosity. It is true that Shoaf’s Burroughs collection is in that University’s library but I have no idea of the details of how it got there. I could research it but part of me doesn’t want to know the facts. Somehow, maybe rumor, maybe fantasy, it has become fact to me that it was a gift to the library. His Hunter S. Thompson collection suggests that this is true. With that collection Shoaf made a donation, a gift. He picked UC Santa Cruz because that is where the collection belonged. The University already had a substantial Grateful Dead collection, which dovetailed perfectly with Thompson. Shoaf on the donation:

To have as wide a cultural impact as possible you certainly want to find a place where it’s going to attract scholars, but also be complementary to collections that already exist. I was homing in on Santa Cruz because they had this Grateful Dead archive, which is an amazing archive. So I was attracted by that to the institution. And once I got acquainted with some of the people there, I knew it would be really good home for it.

Shoaf was a professional librarian and he knew the importance of such things. Robert Jackson is a lawyer and as I said a businessman when it comes to collecting, which may have had something to do with why his Burroughs collection was dispersed to more than a single institution. The entire Burroughs collection belongs at the NYPL where it will “be complementary to collections that already exist,” like the Kerouac and Mimeo Revolution collections. It was Jackson’s responsibility that it got there in its entirety. He had to will it there, in all the meaning of the verb.

Is such a gift with no strings attached and no compensation even possible in the United States? In a capitalist society, it is almost against the law to give something away for free. Or it is rather difficult. Or it is expensive. If Shoaf did give his Burroughs collection away for free, I suspect that he got a tax break in return or some such financial incentive. In any case, I believe it was a pure gift. I must, as I am firm in my belief that book collecting should not be an investment or a hedge against inflation or anything profit minded. I sincerely believe that it is an act of economics but along the lines of the economic theories of Mauss and Bataille. Gift and potlatch. There should be no financial incentive to book collecting as a motivation. In fact, book collecting should be financially destructive. It is pure expenditure and when one is done collecting it is the obligation of the collector to pay his collection forward. To give it away — to another collector or to an institution. Now, will I put my money where my mouth is so to speak? Probably not. But ideally in a perfect world, I like to think that I will. Of course, we do not live in a perfect world, largely due to matters of economics. I may not live up to my ideals, but My Eric Shoaf did and so there is hope that I will too. Robert Jackson may be the greatest Burroughs collector (he is not), but he is imperfect. His collection is tainted by profit motive. He, like Burroughs, sold out. Shoaf is the ideal Burroughs collector who collected out of a pure passion and with pure intentions. Yet like most ideals, the reality may be that My Eric Shoaf never existed in the real world.

My Eric Shoaf also was a Burroughs collector to the very last days of his life. This is true and I know it for a fact. Shoaf died of cancer on August 24, 2019, and he knew of his diagnosis some time before his death. Many collectors when facing death, like when facing debt or divorce, auction off their collection. Shoaf instead went into a frenzy of collecting activity. He finished bibliographies on Hunter S. Thompson and Tom Wolfe, promoted the Thompson book, and donated his Thompson collection to UC-Santa Cruz. He also returned to Burroughs collecting. Years before he got sick, Shoaf lost interest in his Burroughs collection for whatever reason and that resulted in his donating it to the University of Virginia, but around the time of his cancer diagnosis the obsession came back.

In September 2018, Shoaf emailed me out of the blue. He had a bone to pick with me. As I mentioned in my introduction, collectors are an envious and competitive bunch, so apparently are bibliographers. Shoaf wondered why I shouted out Schottlaender in my “Burroughs and Cigarettes” essay on RealityStudio. The simple truth was that Schottlaender was still in the game. He was still out there on the Burroughs hunt and still on the scene. Plus, Schottlaender still possessed his Burroughs collection and had the scan of Quest/77 that I needed. Shoaf had drifted away and his collection was in Virginia.

But the main purpose of Shoaf’s email was in the first line: “Trust me when I say that, even if you leave, Burroughs has a way of pulling you back.” A Godfather reference about the Godfather of Punk. Shoaf was back! Shoaf continued:

[A] Burroughs collector from the old days get back in touch back in the spring and wanted to sell me some high-end items (the fine press Ghost of Chance and Cat Inside as well as a lot of signed first printing A-items). And I bought them because, well now with my kids out of college I actually have some money. A lot of those really expensive items were never in my collection, with the exception of Ali’s Smile w/ the record. So when that small A-item collection got here and I was looking at them and reading them and thinking about them, the whole Burroughs ‘thing’ started pulling me back in. Strongly.

So much so that I have been adding, selectively, to the collection and it is now about two 36-inch shelves worth. In addition to the Atticus Eight, I find myself wanting to get more detail on some of that not-quite-fully-described material that was left out. 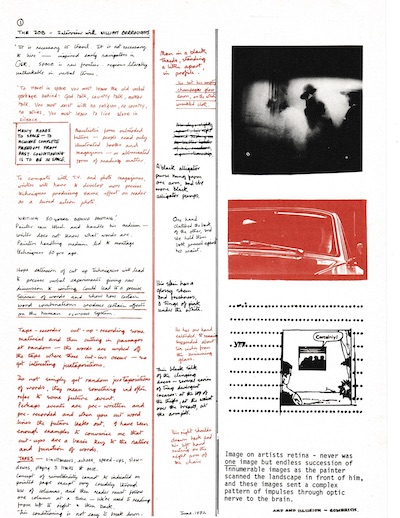 He closed the email: “So I announce, to anyone interested, that I am back!” I was most definitely interested. RealityStudio posted an addition to his bibliography as well as an essay he wrote on whether The Letter from a Master Addict was truly a top collectible. Shoaf: “I am currently working on an essay for RealityStudio (my first!) on whether the Letter from a Master Addict off-print is truly a top Burroughs collectible. A bit confrontational? I hope not. I only want to provide a different way to think about collectibility.” In March 2019, he advised me to buy the fine press edition of Fuck You, a magazine of the arts, which I pooh-poohed on RealityStudio: “Given what I used to collect, and my love of books as objects, I would get it even though it duplicates content I already own. Plus it’s only ten copies.” That same month he mentioned rather casually that he had cancer and then later in the same email that he was undergoing chemotherapy and its effects. As late as May 2019, he emailed me about finding Amsterdam Annual (1972). That was the last email I received from him. I posted a Pick of the Week on the find.

In that initial email of September 2018, he mentioned me as an inspiration for a potential new project. Shoaf:

In addition to the Atticus Eight, I find myself wanting to get more detail on some of that not-quite-fully-described material that was left out. For example, in one of your RS pieces, I think it is the one on most collectible Burroughs (I do read *all* your stuff out there by the way, and enjoy – as well as revel in your inspiration) you write about the Am Here Cat 5 and the special ones stuffed with ephemera. But there are still unanswered questions (never mind that I didn’t even know about copies stuffed with ephemera when my book came out) such as, how many? did they all have the record? are they marked in any way? were they sold or given away, and if sold did they cost more? I want to know. I want to be able to update the bibliography with new info like the envelope on the Atticus Eight. In the case of the Am Here, Richard is still around. I need to send him an email and pick his brain. And there are a few other of those ‘special’ items that still need to be fully described.

“I want to know.” This sums up what drives the obsession of every great collector. It would be fitting on Shoaf’s tombstone. Shoaf eventually conducted that interview with Richard Aaron. In fact, he emailed RealityStudio the interview just days before he died. An interview by one of the greatest Burroughs collectors with the greatest Burroughs bookdealer is also a fitting memorial to Shoaf. It also happens to be a fantastic interview; one that only somebody who spent a good portion of their life pursuing Burroughs items could come up with.

I know all this is true. Why Shoaf got interested in Burroughs collecting as death approached is pure speculation on my part and something I need to be true. Book collecting gets a bad rap in some circles. It is viewed as an escape from reality or a solitary pursuit of the socially maladjusted or an attempt to fill an emptiness with inanimate and non-threatening objects. This may or not be true. I do not want it to be. I like to think that Shoaf’s searching for Burroughs books in his final days was a search for meaning. Finding an uncatalogued Burroughs item was like finding an answer of some sort, or finding solace. Shoaf’s book collection gave him comfort and support. It was there for him. I would like to think that when I face impending death, I will look at my Burroughs collection and I will not think that it was a complete waste but something central to who I was and how I will be remembered in the memory of others. In April 2019, Shoaf mentioned to me that his wife liked the things I wrote about him on RealityStudio. I can only say that it was all true. Just as everything I wrote above is true. And just as this next sentence is true. My Eric Shoaf showed that Burroughs collecting is not a kick, it is a way of life, and for that he was a great Burroughs collector, if not the greatest of them all.