An Installment in Jed Birmingham’s series on the The Greatest Burroughs Collectors. #3 is Barry Miles.

The pipe dream of every book collector is that at some point you will acquire a collection and an expertise so extensive that you will be able to retire from your mundane 9-to-5 and be the curator of your own collection. The integrity of the collection is maintained. The financial reward does not come from the auction house and the dispersal of the collection. Organizing, maintaining, and supplementing one’s collection become one’s occupation. Don’t laugh. It happens. 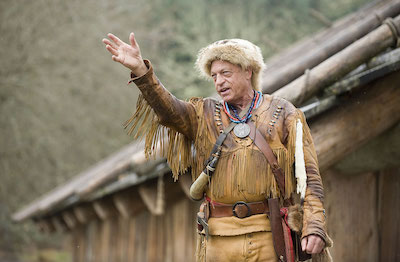 Roger Wendlick is maybe the most interesting example. Bookseller Jeff Maser hipped me to Wendlick when I was talking to him about my proposed list. Wendlick was a construction worker out of Portland, Oregon, who laid sewer lines of all things, never went to college, and amassed the greatest Lewis and Clark collection of all time. He also never married which helps a great deal. It is a true rags-to-riches story, something out of Horatio Alger.

In 1986, Wendlick inherited from his grandmother a Lewis and Clark souvenir plate, which kickstarted an obsession to acquire anything and everything that dealt with the famous explorers. As I mentioned in my introduction you do not have to be rich to build a world-class collection; you must merely be willing to spend every single penny you do have on your collection. Or even the pennies you don’t have. Wendlick ran up debt on nine credit cards and refinanced his house three times all to the tune of well over $100,000. His obsession and the resulting financial pressure became overwhelming. He slept with a shotgun by his bed to protect his collection, thus the title of his memoir, Shotgun on My Chest: Memoir of a Lewis and Clark Book Collector. Wendlick sensed he was at the end of his rope and was approaching the limit of his collecting as he had acquired nearly all there was to acquire. Then the miraculous happened. Lewis and Clark College offered Wendlick a sweetheart deal: $375,000 in cash and $30,000 a year for a decade in compensation for curating his collection in the library. The day after the sale Wendlick quit his job in construction and became a full-time expert on Lewis and Clark. His passion and obsession became his occupation. A collector’s dream come true. 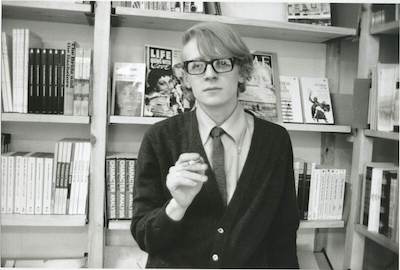 Barry Miles is the Burroughs equivalent of Roger Wendlick. Miles is in essence a Burroughs collector who made good. Books and book collecting are at his essence. He got his start in counterculture London as a bookman at Better Books and Indica Gallery. Working there put him in a unique position to rub shoulders with all manner of celebrities from William Burroughs to Paul McCartney. It also put him in prime position to acquire books and magazines coming out of the global counterculture. He edited little magazines like Long Hair and helped gather recordings for the ill-faded Zapple label. As a collector and bookman, his greatest achievement was the collating and indexing of the Burroughs archive. Miles:

It has been a long time since I assembled these folders, but, generally speaking, I would say that I created the vast majority of the folders, but that Bill in many cases then labelled them and in some cases moved material around from one to another. I assembled all the correspondence files. Of the 168 manuscript files, I probably created about 125 of them, of which Bill then suggested labels for about a third of them when we had our daily identification sessions. The final file, folio 169, was the folder in which I put material to file. The fact that those sheets were not filed is simply because there was not room to spread out the folders: they were all stacked away at the end of each day so that Bill could use his living room/bedroom. Folders already completed were piled up in the cupboard. These last remaining items were just called miscellaneous as the folders they belonged in were probably already packed in boxes. Anyone who has experience of cataloguing archives will recognise that the last ten or so folders were things that had been set aside for later, in the hope of finding more material for them, or else they were things that did not easily fit, such as Folio 163 which was a box of objects.

The descriptive catalog, which in large part is the work of Miles, is in my opinion the greatest Burroughs collectible of them all. I wonder to what extent Miles influenced the catalogue’s design. Peter Juerges writes: “I was the designer and graphics technician from Covent Garden Press, back in 72/73, that worked with Richard Aaron and the guys melding this mammoth archive into a printable, publishable tome.” I assume Miles was more than just one of the guys and maybe the major guy. In any case, Miles collected Burroughs and then created the ultimate Burroughs collectible, which in turn became the foundation for one of the great Burroughs collections. Miles was not just content to acquire. He contextualized and created. The hallmarks of a great collector. 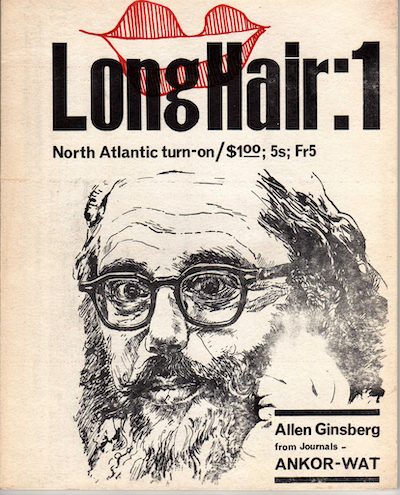 Over time as his Burroughs collection grew, so too did his friendship with and knowledge of the man he collected. Miles parlayed this into a role as a man about town and expert on the counterculture, particularly on Burroughs. He wrote extensively on Burroughs, most recently the doorstop Call Me Burroughs biography, and has become a Burroughs talking head the world over. Burroughs collecting began as a passion for Miles and, like with Wendick, it became the basis for his career.

Most scholars, being serious readers, are generally book collectors, particularly in their area of expertise. So, it would not be surprising if Oliver Harris possesses a serious Burroughs collection and if he in essence makes a living from that collection and working with Burroughs collections generally. Yet even if Harris has an extensive collection, I would place Miles above him as a collector. Harris is a trained professional and scholar; his expertise has its foundation in academic training at the university. Miles is basically an amateur who became an expert in large part from his experience as a bookman and Burroughs collector. As an amateur Burroughs scholar, I aspire to be Harris, but it was Miles who was the most inspirational.

If a collector aspires to become an expert on that which he collects, then the bibliography is the dissertation upon which he states his claim on total knowledge. Having a definitive bibliography based on one’s collection is one of the highest honors that can be bestowed on a collector. This is another primary fantasy that drives a collector in his obsession. Writing that bibliography is even more prestigious and fantastic. There are several Burroughs bibliographies, and I will get to them later but the bibliography by Maynard & Miles is the gold standard. There is a level of bibliographic detail and rigor that the other bibliographies just can’t match. The others are basically just checklists. Like the Descriptive Catalogue, Maynard & Miles is full of information of the type you would find in a Burroughs biography. For example, the entry on APO-33 does more than merely provide publication dates and numbers of copies printed. It is a mini-history with a pinch of gossip tossed in for spice. For any serious Burroughs collector, it is both Baedeker and Bible. For me, the best parts of Miles’ biographies on Burroughs are when he talks about books, bookstores, and bibliographic details. I would love to see Miles attempt a descriptive bibliography of Burroughs that mixes biography, anecdote, gossip, and memoir with bibliographic history of publishers, publications, and presses. If anyone could attempt it, it would be Miles. 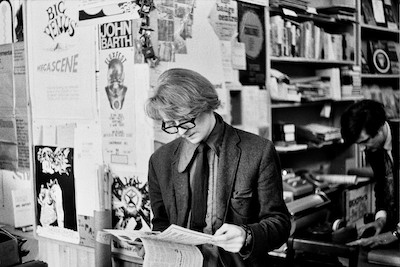 You grow up as a Burroughs collector getting everything listed in M&M and then you spend the rest of your maturity searching for everything that is not listed in it. It is a testament to how complete and well-researched that bibliography is that finding something not listed in it carries such a charge for other collectors and bibliographers. That magic feeling fueled the collecting of Brian Schottlaender and Eric Shoaf. No slouches in the Burroughs collecting department.