An Installment in Jed Birmingham’s series on the The Greatest Burroughs Collectors. #2 is Robert Jackson.

Robert Jackson is world renowned as a great book collector. Jackson is an attorney based in Cleveland, Ohio, who is a noted writer and speaker on rare books and art. According to the American Library Association:

[His] bibliophilic endeavors are reflected in his affiliations with such organizations as the Grolier Club, the Rowfant Club of Cleveland, Association Internationale de Bibliophile (Paris), and the Fellowship of American Bibliophilic Societies, of which he is a founder and past chairman. At Case Western Reserve University, he serves as chair of the Baker-Nord Committee for Humanities Advisory Board, is a member of the Visiting Committee for the College of Arts and Sciences, and the Institute for the Science of Origins Visiting Committee. He is the Distinguished Visiting Scholar at Kelvin Smith Library.

He and his wife amassed an exceptionally complete collection of 18th century and Victorian literature as published in original parts and serial publications. From a Case Western Reserve University article:

[S]ince 2000, Jackson has delivered major addresses as a featured speaker to over 50 organizations on subjects related to the book and book collecting, including an appearance in 2015 at a national conference at CWRU on the future of the book. The highlights of his personal collection include novels by Charles Dickens in their original serialized format, books illustrated by Rockwell Kent and selections from the Limited Editions Club.

Ok, we get it; Jackson is a great book collector. He is part of the book collecting establishment. One of the elites. 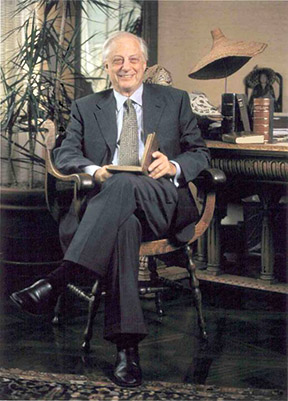 Yet Jackson breaks all my criteria for what makes a great Burroughs collector. Unlike with his other book and art collections, he did not contextualize or make creative use of his Burroughs collection. For years he did not make his collection public and was stingy with providing access to scholars. As a Burroughs collector, Jackson was a businessman. In 2009, during the economic crisis and the specter of the death of print, Jackson wrote an essay entitled “Welcome to Hard Times — This Time.” It is a state of the union on the financial future of collecting rare books. (In 2008, I conducted my own inquiry into the economics of the Burroughs market. It was the thing to do I guess.) Jackson was cautious about books in the digital age. The new generation sees a great opportunity. I remember getting into a conversation about the value of digitization when the complete run of Fuck You, a magazine of the arts was posted on RealityStudio. A bookseller lamented that I had destroyed the magazine’s aura (and thus its value). I felt and still do that I only increased it. The magazine is more legendary in bibliographic circles, more well known by the general public, and, yes, you can relax Mr. Jackson, more expensive than ever. In financial terms, the books that crashed due to the internet were grossly overvalued, like the appraisals in the housing crisis. In the digital age, all publicity is good publicity.

I am sure Jackson collects books and art for many reasons, but a major consideration is that collecting is a sound investment. I tend to disagree, but Jackson’s Burroughs collection seems to prove me wrong. I suspect that Jackson realized that the Burroughs archive was severely undervalued. The sale of his Burroughs collection to the NYPL surpassed the $1 million mark. I am sure he bought it for far less. Good for him.

At the end of the day, as a Burroughs collector, Jackson was an accumulator; he specialized in mergers and acquisitions. But what a fucking accumulator he was. In the food chain of collectibles, reprints and later editions are at the bottom. Archival material, like manuscripts, journals and scrapbooks, is at the very top. Jackson specialized in the crème de la crème as it related to Burroughs. His most famous acquisition was the Burroughs archive gathered by Burroughs, Gysin, and Miles and originally sold by Richard Aaron. The legendary Vaduz archive. The only thing better would be to collect Burroughs himself and lock him in a bookcase. Nicholas Cage did something close to that when he married Lisa Marie Presley. I suspect Cage would have found his way into Elvis’ bathroom and taken something from the medicine cabinet if the King was still alive.

Nobody will ever be able to surpass what Jackson accumulated relating to Burroughs in terms of content. The Bradley Allens and Luzius Martins of the world pale in comparison. In 2021, a “scrapbook” of Burroughs, which was more like a few scraps of Burroughs archival material, sold at a Christie’s auction in Paris for around $27,000. Jackson’s collection at the NYPL had 11,000 such items, many of much greater length and importance. Nowadays it is a major score to have a single Burroughs letter or scrapbook in one’s collection, as evidenced by the spirited bidding at the recent Christie’s auction. Burroughs collectors are fighting over what is at the bottom of the barrel left behind by Jackson.

Kudos to Jackson to recognizing the value of Burroughs at the ground floor when such material could be had in bulk. The sheer magnitude and importance of Jackson’s collection cannot be overestimated, and it will take decades for it to be assessed properly. On the negative side of the ledger, Jackson set Burroughs studies back decades by not making his collection accessible before he sold it to the NYPL. On the plus side, it got to a public institution eventually ($1 million makes you do crazy things). A collector has a responsibility to the integrity and legacy of a collection even after he has parted with it. This is more important than squeezing out every dollar of one’s investment. Like the example of JP Morgan and his library, a book collector can be a businessman and a humanitarian. Jackson knew this very well; he wrote the book (or at least the introduction) on the subject: Forging the Future of Special Collections. Sadly, the entire Jackson Burroughs collection is not in one single institution. I fault Jackson for that. I could be wrong; maybe the fault lies with the NYPL. But if compensation was the issue the fault is all with Jackson. Having hit the jackpot with the placement of his initial archive I feel it was his obligation to continue supplementing that archive at the NYPL even if he did not get as much or even any cash out of it. Or maybe I have it all wrong. I probably do; I just can’t help sticking it to the establishment. It is the Burroughs collector in me. More on the concept of paying it forward when I write about another Burroughs collector.

Now, it could be argued that Roberto Altmann deserves a place on my list, and I will admit that Altmann is a fascinating Burroughs collector, although not a great one. In fact, he is instead one of the great what-ifs of Burroughs collecting. Altmann deserves immense credit for putting up the money to buy the original Burroughs archive and ensuring that Burroughs and Gysin did not sell it piecemeal at an auction house or to individual bookdealers. Altmann’s vision of using the Burroughs archive as the foundation for an alternative university along the lines of a Black Mountain in Europe was pure genius. The thought of a Burroughs Academy, a fantasy that Burroughs himself toyed with, buggers the imagination. What could have come of a group of artists, scholars, and students working independently and communally with the Burroughs archive as their inspiration and raw material? We will never know and that failure on Altmann’s part to bring his vision to fruition is why he is not on my list. The nail in the coffin is that he doubled down on his failure and sold his archive to an individual collector, like Jackson, who was investment-minded and did not unwrap or explore his word horde while it was in his possession and instead sat on it like Smaug the Dragon and guarded it jealously, protecting its financial value.

Unlike Jackson, Altmann was just the guy to put the Burroughs archive to good and productive use. Altmann was an artist of some note and it would have been interesting if he made the Burroughs archive a part of his personal art practice or allowed artists so inclined to have a field day with it. As a Lettrist, this is not a far-fetched idea. Burroughs’ cut-up work appeared in Lettrist publications in the early 1960s and Burroughs shared many of their concerns with language and typography. Altman edited and published an artist’s magazine, Apeïros, that is rather remarkable, so Altmann had an eye for print and print culture. What if he initiated a press dedicated to and inspired by the Burroughs archive? He could have issued a Mimeo Revolution-style series of broadsides, pamphlets, book arts, chapbooks, journals, scrapbooks, posters — an entire range of print media — all from the contents or inspired by the contents of the archive. The simplest example would be a journal of selections from the archive in the spirit of Olson: A Journal of the Archive edited by Ralph Maud. What a mindfuck to think of something similar but dedicated to Burroughs and edited with the sensibility of a like-minded artist such as Altmann. 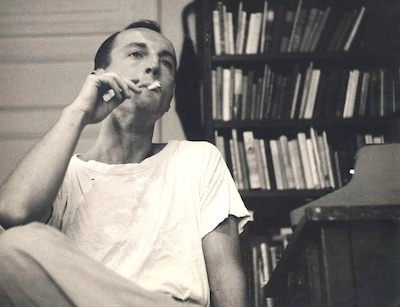 If not Altmann who? One wonders what might have happened if Andy Warhol was a Burroughs collector. Collecting was central to Warhol’s art practice. What if he hit the bookstores daily in search of Burroughs books and on each occasion that he bought one, he placed it in his time capsules? What if a poet, like Frank O’Hara, wrote an “I do this, I do that” poem about each of these time capsules? Or if someone did cut-up experiments or art installations with the contents? What-if, what-if. Altmann had great potential to be an artist/collector like Burroughs but he fucked it up instead.

So he is out, a great what-if but not a great collector. Jackson is in because the price from the NYPL was right and so as a businessman and speculator he did the right thing in the end. In a way, this is very Burroughsian. Burroughs wanted nothing more than to sell-out and to be a bestselling author. In his attempts to do so, he created experimental work that appeal to a cult audience and are some of the most exciting and challenging works of the 20th Century. Sometimes selling out has a way of paying off in the end.

Written by Jed Birmingham and published by RealityStudio on 13 March 2021. Image of the contract for the sale of the William S. Burroughs archive to Roberto Altmann courtesy of Bradley P Allen.
Robert Jackson Roberto Altmann