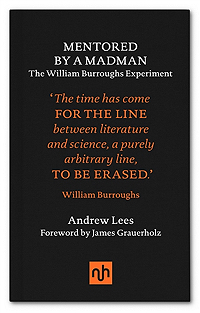 The good doctor has done it again. As a follow-up to Mentored by a Madman: The William Burroughs Experiment, Dr. Andrew J. Lees recently submitted an article entitled “William Burroughs: Sailor of the Soul” to the Journal of Psychoactive Drugs. The brief abstract reads as follows: “In 1953, William Seward Burroughs made several important and largely unrecognized discoveries relating to the composition and clinical pharmacological effects of the hallucinogenic plant potion known as yagé or ayahuasca. Illustrations of Burroughs’ voucher sample of Psychotria viridis and his letter to the father of modern ethnobotany, Richard Evans Schultes, are published here for the first time.”

For some this might seem to be familiar territory as Oliver Harris trail-blazed this once unexplored academic terrain in his introduction to Yage Letters Redux, which Dr. Lees’ duly acknowledges. I cannot recommend Harris’ Redux enough. As I wrote in Operation Total Exposure: 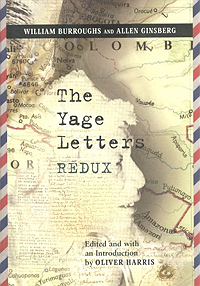 I feel just the opposite about The Yage Letters Redux. Unlike the Ace Junkie, the first edition of The Yage Letters demanded to be revised and properly expanded. At a mere 63 pages, it was like a scrawny kid that everybody tries to bulk up with extra helpings of pasta. Until Oliver’s edition, the additions to the 1975 and 1988 editions were empty calories. Oliver puts meat on the bones. Muscle not flab. The added heft provides invaluable information and research that make The Yage Letters a cornerstone of drug literature along with Junky and Naked Lunch. Oliver’s introductions and appendices make you feel like you are getting your money’s worth. The general reader loves a bargain.

City Lights also makes a difference in its presentation. The book looks great; the cover design is smart and attractive. It supports and illuminates the text and Oliver’s research; it does not shout out demands. Unlike the Penguin Junky, Redux is not forced on the public as definitive. City Lights did not feel the need to press that issue. The superiority of the product would win out. Thus, Redux has become the definitive edition on merit not marketing. Grade: A+.

Given the level of research and detail in Redux, it seems logical to assume that Harris turned over every leaf in the Amazon but thanks to the staff at the Harvard University Herbaria and the Economic Herbarium of Oakes Ames of Harvard University, Dr. Lees provides a level of scientific geekdom and, yes, bibliographic detail, that delightfully adds ethnobotanical depth and local color to the story. Yet it is the bibliographic details that got me all excited; namely, the publication for the first time of Burroughs’ voucher sample (an undiscovered leaf!!!) and his letter to Richard Evans Schultes. Here is Dr. Lees’ paraphrasing of that letter:

Burroughs goes on to say in the letter that the voucher sample was collected from a two-feet-high bush in the locality of Pucallpa. He speculates that the leaves might contain an active drug or work as a catalyst or extractor, and asks Schultes if the plant might be the same as the one they had been shown together on Herr Fürbringer’s ranch near Mocoa. He also apologizes for the poor quality of the macerated specimen. In concluding, he asks Schultes to reply to him and enquires which the photographs taken of them together in Bogotá were available to view, signing off “As ever Bill Burroughs.”

I love the friendly nature of the letter, which begins “Dear Dick” and ends “As ever Bill Burroughs.” It is funny to think of Dick and Bill wandering through the Amazon together like two old college buddies. Years later, Dr. Schultes joked to younger colleagues that if he had known what Burroughs would later write he would have left him in the jungle. Burroughs himself had nothing but respect for Dr. Schultes and regretted deeply that the esteemed doctor never replied to his letter.

Dr. Lees’ article should be read in full. The images are much appreciated and. as I said above, the level of scientific detail is great fun and very informative, not exhausting or extraneous. Dr. Lees has been good enough to provide a link, which allows up to fifty free offprints of the article. Interestingly, Burroughs received fifty offprints for distribution of his own “Letter from a Master Addict to Dangerous Drugs,” published in January 1957, in the British Journal of Addiction. Looks like things have not changed much in the world of scientific publishing.

Also for those interested in getting a copy of Mentored by a Madman: The William Burroughs Experiment, New York Review Books just issued it in the United States. Now I raved about the publication as offered by Notting Hill Editions, but New York Review Books is just as amazing in its scope of publications and statement of purpose. A little while back I read Eve Babitz’s Slow Days, Fast Company in the NYRB reissue. You might remember Babitz playing chess in the nude with Marcel Duchamp in 1963. Well, Babitz could also write the pants off many an LA scribe. Her books remain cult classics and NYRB specializes in making forgotten gems like Babitz’s available to readers. (I notice a theme here regarding bringing to light the previously lost.) I suspect Lees’ book will in time become a cult classic as well.

Here is a short Q & A on the Burroughs voucher sample and letter.

Can you briefly describe the holdings in the Economic Herbarium of Oakes Ames of Harvard University?

The Economic Herbarium is a subdivision of the Botanical Museum at Harvard University founded in 1918 and which now contains more than 40,000 voucher specimens of cultivated and wild plants considered to be of direct value to mankind. A great many of the plants were collected by the orchid expert Oakes Ames’ student Dr Richard Schultes in the Amazon and Andes. Dr Schultes is “Doc Schindler” in The Yage Letters, a person William Burroughs met and travelled with in Colombia and greatly respected for his knowledge of ethnobotany. The herbarium can be visited by appointment and can be searched on the Botanical Museum’s specimen database

How did the Burroughs items get placed there and how did you rediscover them? 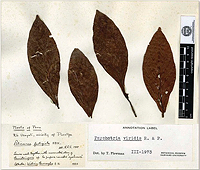 After his return from the Peruvian Amazon in 1953, Burroughs sent the voucher specimen depicted in my article in Journal of Psychoactive Drugs with a covering letter on October 16 to Dick Schultes from his parents’ home in Palm Beach. Schultes appears not to have had the opportunity to pursue matters at that time but had mounted it and labelled it as an example of Palicourea fastigiata, acknowledged Burroughs as the collector and written that the leaves were mixed with Banisteriopsis Caapi in ayahuasca. In 1973 Timothy Plowman, one of Schultes’ students, reclassified it as Psychotria Viridis. The clues to my research came from Oliver Harris’s introduction to Yage Letters Redux and his encouragement to look at Burroughs’ scientific exploits.

As a Burroughs obsessive how great a thrill was it to see these forgotten items?

Burroughs with his fortieth birthday approaching was making an attempt to become, to be seen as and to see himself as an accredited researcher, an aspiration that would continue until the publication of Naked Lunch. Burroughs’ work has become a source of intense scholarship and to find something which had not yet been included in the official archives gave me a frisson of pleasure.

What does it mean for Burroughs to be institutionalized in this manner?

It was not until Schultes’ presentation in 1967 in San Francisco that it became generally accepted that Banisteriopsis caapi alone had very weak hallucinogenic potential and it was the combination with other DMT rich plants like Psychotria viridis that gave ayahuasca its potent psychotropic effects. Schultes acknowledged Burroughs’ sample in his later writings but this was largely ignored in all the later literature on ayahuasca. I hope my article will ensure that Burroughs gets greater recognition for his ground breaking field work.

Written by Jed Birmingham and published by RealityStudio on 1 October 2017. See also this interview with Dr Andrew Lees on Vimeo and his recent article in The Journal of the American Medical Association.
Andrew Lees Drugs William Burroughs Yage Letters

5 thoughts on “Andrew Lees Does It Again”