Painting is a silent language of juxtaposition, is a form of writing. In the painting of Harloff isolated words occur used as objects remind the observer: words are objects shifting connotation as they are moved through a matrix of neon symbols that characterize the color world of Harloff. There is another world of black and white in Harloff’s recent work that evokes the blending of objects in three dimensional frames achieved in a successful photo collage. Placed against wall or window or curtain forms a composition that is say a statement — (Harloff in fact has used the collage form in his early work then passed beyond the limitations imposed by solid three dimensional objects) — Harloff’s painting will continue to develope [sic] revealing like a negative a view or map of “reality” which must be painted or photographed before it is seen. 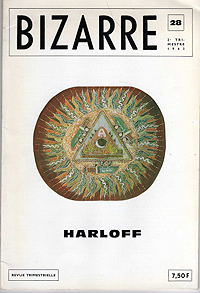 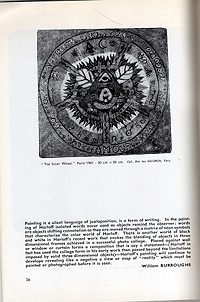