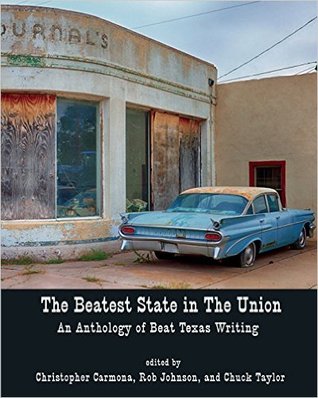 [Editor’s note: Arch Ellisor was a moonshiner and neighbor of William S. Burroughs when he lived on a 99-acre ranch in east Texas. This is the last complete story written by Burroughs, and it was composed in separate parts in the journals collected in Last Words. The editors have assembled it with the blessing of the Burroughs estate. The story was inspired by Burroughs’ 50-year-old memory of a Time magazine article about a policeman described as “a buck-toothed gunman with insolent eyes” who was killed by moonshiners in Harlan County, Kentucky (“New Grave in Harlan County,” Time, May 2, 1949).]

Two of them droved out to see old Arch Ellisor, out where the sheep dip used to be and Clem Higgins got drunker than usual, fell into the dip, got stucked and drowned. Some said his fourteen-year-old daughter he’d been screwing incestuous held him down by jumping on top of him, up and down like they was screwing — and some says it was his old lady dumped a bag of hog feed on him, you know them dips is constructed like what a bitch has between her gams.

So here they stand, in suit and tie and black shined shoes, like they sprung up outa some place real different.

And there is Old Arch sitting on his porch, a mason jar of white corn in his hand.

And they say it together:

“We work for that crazy American government,”

Then they split up. One comes on fake-folksy:

“Hey, Pilgrim, how about giving me a snort of your bug juice?”

Arch passes him the jar.

He takes a swig:

Goes into an act of fanning his mouth.

The other Fed is waving the Witness Protecting Action in Arch’s face:

“You don’t have to live in a shack like this. Why, you can have a nice place in town, TV, flushing toilet and $50 a month clear, free and all yours. How’s that hit you?”

And he leans forward, punches Arch — soft and playful — on his chin.

Then they both gets hands on their hips, and their eyebrows shoot up and wriggle:

“It’s the offer you can’t refuse.”

And they is back smiling — “we know you” — a knowing smile:

— as they smack their lips.

“Just what sorta work you do, Arch?”

“Well now, I sorta steer folks the way they wanta go. Like someone comes here wants some action, comes to Old Arch.”

Suddenly they stop the smiles, and chew up the words and spit ’em out.

“Ever hear about obstructing justice?”

“We can summon you to Federal Court, and when you lie it’s a felony.”

They prance around him, jabbing fingers at him.

“Want to go into the can, Arch? Old ones like you do hard time.”

“Know what they done in Marion Pen?”

They thrust their snarling faces at him.

“They fucked a ninety-five-year-old paralyzed man up his ass.”

“He had a rectal hemorrhage.”

“I wouldn’t want to see that happen to you, Arch.”

He shoves his face an inch [from] Arch’s, leering, all his teeth out.

They are going manic. They grab the jar of corn and swig.

Suddenly, from nowhere, Arch manifests a fiddle. His face is shifting, animals peeking in and out — goats and cats and weasels. He is dancing, cats gather and yeowl.

“Well, some music for the road, feller say.”

The Feds is capering, leering.

“Take off your coat and throw it in a corner.”

The Feds take off their coats, showing their shoulder holster guns (which they pat and rub suggestively), drop their coats over the porch rail.

On the way back to town a “freak wind” blew the Fed car off the road. Both agents were “killed at the scene.”

“It was a terrible tragedy,” said Bill Rogers, spokesman for the FBI office in Pitsman, [Montana]. “They were brilliant young operatives, with a grasp on sensitive cases. It is a tragic loss to the department, and the nation.”

When Old Arch used his pipe, it could be plain panic for fake folk, because you can’t hear that sound and lie.

Is there a basic lie in being alive in a body?

Of course. But most folks don’t know that.

Written by William S. Burroughs and published by RealityStudio on 3 May 2020.
Texts by Burroughs William Burroughs