The Birmingham conference came a year too late for the fiftieth anniversary of On the Road‘s first American publication, but arrived conveniently on time for its fitieth British publication — a handy delay, because it allowed discussion to focus on the appearance of last year’s highly controversial On the Road: the Original Scroll, while the “scroll” manuscript itself was on display at the nearby Barber Institute. In Kerouac circles, this is the hot issue. 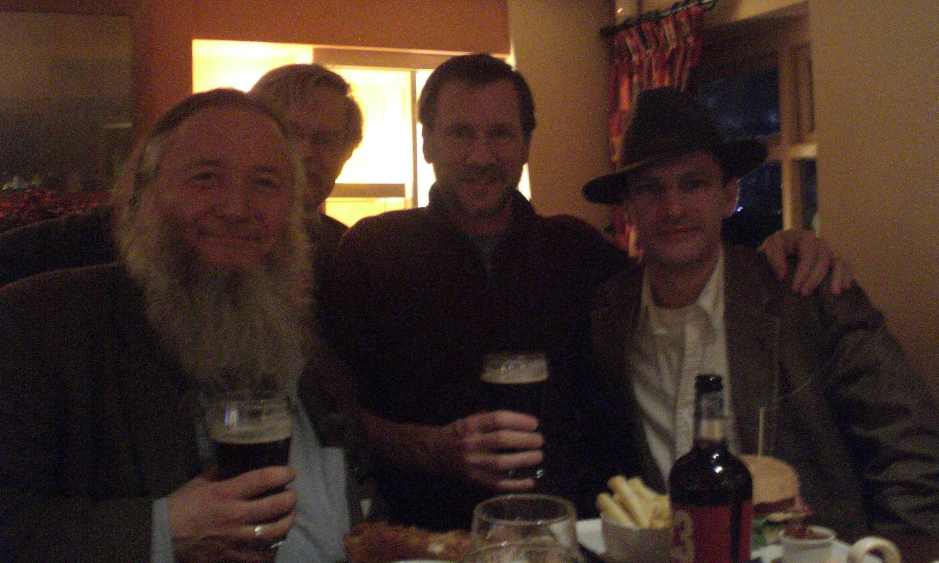 Only one panel out of the eight specifically dealt with manuscript issues, but all four plenary addresses did. This was not surprising given that the established Kerouac field of scholars were all bypassed when the “scroll” edition was commissioned, edited, and assembled for publication. What happened begs the question of ownership — from John Sampas who inherited the Kerouac Estate to Jim Irsay who paid $2.4 million for the “scroll,” from the library archivists who control access to his manuscripts to the academic experts who build their careers on Kerouac, and the thousands of readers and fans. Everyone thinks they own a piece of Jack. Not surprisingly my sympathies are with the scholars. Driven by the force of our private obsessions, trapped by professional obligations, and beholden to the institutions that hold all the cards, we’re always in danger of replaying the scenario of Henry James’ The Aspern Papers, whose unnamed narrator loses himself utterly in the vain search for a dead writer’s lost secrets.

Matt Theado has been doing the most important scholarship lately, and seems happily to have escaped the fate of James’ literary detective. In an easygoing and engaging opening address, he gave a clear account of the complex history of Kerouac’s Road manuscripts as a useful context to the editing of the “scroll.” The second plenary speaker, Jim Canary, told the inside story on how the famous manuscript has been preserved and displayed. I was intrigued to learn how useful the inner bark of a mulberry tree is for gluing in the mends he has to make, and how he takes the scroll through airport security contained in a metal box stamped with the logo of the fast food chain, Jack in the Box. There were less jokes in the third plenary, delivered by Tim Hunt, but it was the most intellectually stimulating, combining close comparative analysis of the “scroll” and Viking editions of On the Road with a compelling argument for how Kerouac used the typewriter as a recording technology. 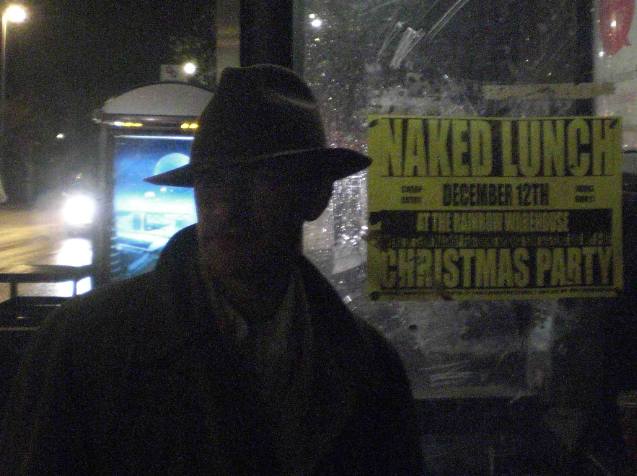 The fourth and final plenary gave me the last word at the conference, but by this point I’d come to feel that Burroughs’ presence was not a marginal afterthought but absolutely right, and not just from the point of view of critical leverage. For Burroughs seemed to have left signs for me all over Birmingham. That the table marker in the local pub was number 23 came as no surprise. But how would you feel to find flyers and banners posted on every phone box and street corner advertising the end-of-term student Christmas party called, with perfect synchronicity, . . . NAKED LUNCH.

Also see Harris’ plenary speech and his note on the Scroll exhibit.

Oliver Harris is the author of William Burroughs and the Secret of Fascination and the editor of Burroughs’ letters, Junky: The Definitive Text of “Junk”, Yage Redux, and Everything Lost, the Latin American Notebook of William S. Burroughs.

Published by RealityStudio on 22 December 2008.