An Airmail Interview with Carl Weissner 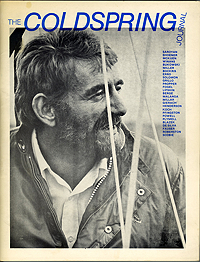 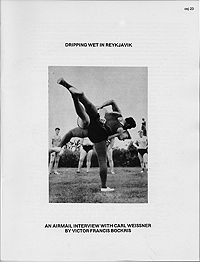 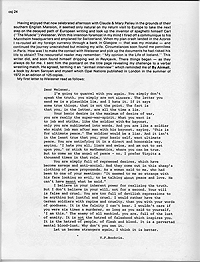 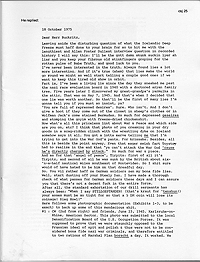 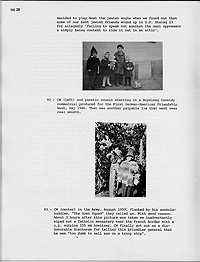 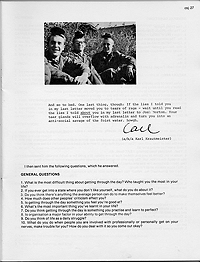 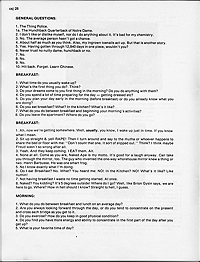 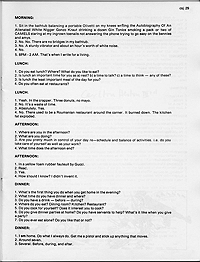 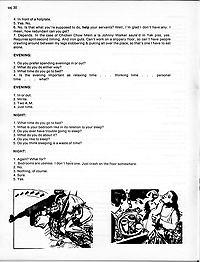 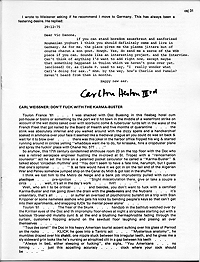 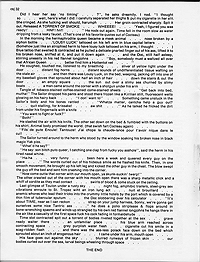 1974 Letter from With William Burroughs

In 1966 I was living at 1-3a Mühltalstrasse, Heidelberg, West Germany, in a room about the size of a 3rd-class passenger berth of an Estonian saltpeter freighter on the Rita-Valparaiso run. On June 6, at precisely 8.20 PM, there was a knock on the door. I opened the door and for a fraction of a second before the hall light went out I caught a glimpse of a tall thin man, about 52 years of age, black suit black tie white shirt w/ black needle stripes black phosphorescent eyes black hat. He looked like Opium Jones.

“Hello,” he said in a voice hard and black as smoked metal.

He had come from Paris where he had worked on the sountrack of Chappaqua, with Conrad Rooks. He took three or four steps and stood by the narrow table in front of the window. He put his hands into his pockets and in one smooth movement brought out two reels of mylar tape and put them on the table.

“Got your tape recorder?” he asked.

We played his tapes, then some of mine. Nothing was said. Except at one point he stopped his tape, wound it back for a second or two, and played it again. “You hear that?” he asked. “…’wiring wiring’… It’s the voice of a friend of mine from the south. Haven’t seen him in twenty years. Don’t know how his voice got on there.”

Then we put a microphone on the table and took turns talking to the tape recorder switching back and forth between tracks at random intervals. We played it back and sat there listening to our conversation:

“The other veins crawl through mine,” he said. Adjusting his throat microphone. Breathing heavily in the warm anaesthetic mist that filled the old Studio.

“Mind you take film. I want to see that. Grammars of distant differential tissue.”

“Muy alone in such tense and awful silence and por eso have I survived.”

“Echoes of sticky basements. From Lyon to Marseilles. Fossil flesh stormed the exits.”

“Carl made words in the air without a throat without a tongue. Vesitial penis figures to the sky now isn’t that cute?”

“Yes that’s what makes a real 23 as the focus snaps like this & you are actually there.”

“Now what I was telling you abou tthe Police Parallele. The Manipulator takes pictures for 24 hours. His eyes unbluffed unreadable.”

“His face melted under the flickering arc lights. Most distasteful thing I ever stand still for.”

Your memo reached me late last night and I was confused. I told you to hide your false teeth. Elke Sommer is too fat. Like you. Don’t you know we all rage at fat. Be gone, woebegotten one, and sink in the mire of your own fudge. Your abrasive hibiscus knows no Prussia.

Our much discussed interview takes a giant step forward with the enclosed questions. Please answer them at as great a length as you can. I think we make porridge and progress.

Much love to you my darling from the shores of sleep.

Sorry to hear that my memo left you confused late last night. I have put my dentures in a glass of Bavarian brandy but they are still rattling. It’s ab-third.

Excuse me while I disengage my business hand here and finish whacking off.

Now: Enclose aide-memoir on first meeting Burroughs, for your ambitious piece. Plus, answers to your questionnaire. Good luck with both. Or either, as the case may be. And go easy on the porridge. Frau Sommer didn’t. She’s grown a goiter the size of my pet elephant’s left ball. Elephantiasis of the deep throat, dig.

Twilight of the Dogs to you, buster.

Thank you for your excellent report on a visit from Mr. Burroughs, which I have inserted into this 50 page opus I am currently trying to complete. I willl send you a copy of it.

I feel deep in my molecules that I now have enough material to put together an exquisite little interview with you, mon enfant. If you should have any more to say, speak now or forever hold your fat piece.

I’ll send you a xerox as soon as it is completed and I want to pooblish it in an issue of Coldspring.

P.S. Should I come and live in Germany? I don’t know.

Swell to hear from you. Yes, I trust we managed to disgrace ourselves with that interview for good and permanent. As my charming Russian wife said the other day. “Tovarish”, she says, “this one will make Scott Meredith think twice before he sends you another invitatiion to represent you on the basis of ten percent across the top and loser take nuthin’.”

So be it. Can’t remember a word of what I said. I must have a carbon around somewhere but I can’t find it. In any case, I hope you cut the fat and the whale drek and made it slick as a toilet seat worn smooth by the asses of a million pig-eating dykes.

Listen, that was a jewel you produced with Coldspring #10. It blinded me. How come you’re so good and I am such a miserable misogynist shit? What else can I do short of a Christine Jorgensen?

“Dripping Wet in Reykjavik” was originally published in The Coldspring Journal, No.10, April 1976. Republished by RealityStudio in July 2010. Previously unpublished correspondence provided by little birdies. Many thanks to Carl Weissner and to Victor Bockris.
Carl Weissner Victor Bockris