We heard this tape of you with William Burroughs, Brion Gysin and Robert Anton Wilson.

Oh yeah, that was a recording from the Nova Convention. I’m a great admirer of William Burroughs, who’s one of my real heroes.

When did you first meet him? 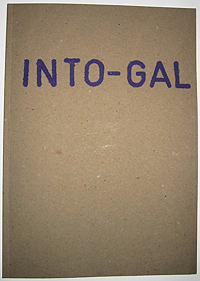 I met him in June of 1961, in Tangier, Morocco. And we became friends and we’ve been friends ever since.

What brought you to Morocco?

I came there to meet William Burroughs.

And you were interested in the experiments Burroughs was doing?

Yes, I was very interested in the experiments he was doing with Brion Gysin. You’ve read Burroughs?

Yeah, The Soft Machine and the earlier work. I’m also interested in the later work — Cities of the Red Night —

It’s interesting how his technique has developed — the cut-up style has now become almost polished.

Have you spoken with him recently?

Yeah, he just wrote the introduction to a reissue of my book, Flashbacks.

Yeah, he doesn’t even want to write anymore — he likes to paint.

Do you think that’s the influence of Gysin?

Well, he and Gysin were very close friends. Gysin was a very strong personality and I think he influenced Burroughs tremendously, Burroughs says that too. Gysin was a very profound thinker and a prophetic guy. It was Brion Gysin who said that writing is fifty years behind modern painting — because modern painting, from expressionism and cubism and surrealism, smashed through all of the representational structures, whereas writers were still trapped in the grammatical form. That was a very profound statement that Gysin made. He was one of these very seminal figures. Gysin’s Dream Machine is a very early, wonderfully creative and primitive psychedelic machine.

Gysin spoke of the Dream Machine making immaterial artworks inside the viewer’s mind. And with the cut-ups there was the idea of escaping this time-frame by breaking up the conscious flow of language. Did you have any interest in that at the time?

During my research at Harvard we were running psychedelic sessions, and we were interested in describing them. We were experimenting with various forms of video, and cellular movement and overlaps and sensory overload and multiple energy interactions to try to duplicate in a rather feeble way the experiences that you have in a visionary trance. Burroughs was actually in exile from America in the late ’50s. As a matter of fact, I was the one who brought Burroughs back to America after maybe six or eight years out of the country. I invited him to come to Harvard, and he is a Harvard graduate, so he was very glad to accept the chance to come back into the country.

Was he interested in what you were doing at Harvard when he came back?

He thought we were a bunch of dumb bozos running around and trying to save the world with these drugs and he was very uh, rightfully cynical about what we were doing. He’s a very scientific person. The only psychedelic he likes is marijuana. He never really liked other psychedelic drugs. Burroughs has forgotten more about drugs in his life than I’ve learned. Burroughs is in charge of his life, he knows what he’s doing. I think heroin is probably the best anesthetic there is. I’ve taken heroin maybe ten or fifteen times in my life, just for curiosity. It’s not a social drug at all. You take it to go within. The same thing’s true of ketamine. Ketamine is another anesthetic that gives you very powerful inner experiences, but you’re not very social, you can’t even carry out a conversation so it’s not my kind of drug. But Burroughs, he’s not the guy that goes around with a grin on his face saying peace and love. He’s a very crusty, introverted guy with a very deep sense of humor. He’s one of the funniest persons alive — it’s a very laid-back kind of humor, and that’s the way he is, and he’s magnificent [pause] yah.

Did you ever meet Genet?

I was supposed to meet Genet — I was supposed to meet him at Amman, Jordan, in September of 1970. I was in exile in Algeria and I’d been running around about people who said I should go to Amman to meet Jean Genet. But on the way there I was intercepted — the Americans located me in Beirut, and there was such a big stink that the people who were protecting me at the time, the Arabs, said you better get your ass back to Algeria because there’s too much heat. I was also traveling on a false passport, so I went back from Beirut to Egypt and then to Algeria. I never did get to meet him — my appointment with Genet in Jordan fell through, which I regretted.

Were you taking psychedelics at that time?

Well, I had a lot of, yeah, a lot Afghani hash around — it didn’t help! Eat a little of that and I’d get very paranoid, and all my paranoias were right, unfortunately. I did go take psychedelics in Algeria, went out into the desert with my wife and had some very powerful experiences in the Sahara Desert, which is of course the kind of place to get into other levels.

As a matter of fact, yes, I’m glad you brought that up. There’s a place outside Algeria — you go up the Rif Mountains and you come down to the desert, there’s a place called Bou Saada, which is known as the City of Happiness, and that’s where Aleister Crowley had one of his great mystical experiences, wandering around there — freaking out or getting some vision, I don’t know what it was. It’s a very sacred city. I didn’t realize that at the time. It’s a very logical place, if you’re in Algiers, and you go over the mountain, the first town of Bou Saada was an oasis town, and all the caravans for thousands of years have come, winding their way up through the Sahara, and that would be the first populated place. It’s a big center of interacting cultures — a very magical place. And there were oases outside of Bou Saada which had been used in many movies. I also met some good magicians there. I had a guide, and I kept telling the guide what I wanted. I wanted a place — I wanted to find someone that knew a place where I could go into the desert and meditate — amazing, cab drivers all over the world want to hustle girls and boys or whatever, but this guy finally got on to what I was saying and he put me in touch with some old Arab guy, who went out with me and showed me where to go. That’s kind of interesting, because you couldn’t find a cab driver in the city, like saying yeah, I want to find a place where I can go out and meditate. But that’s part of the special quality of Bou Saada…

This interview was conducted 17 October 1989, first published in Pataphysics, 1990, and was reproduced in INTO-GAL, 2006. Pataphysics is edited by Leo Edelstein and Judith Elliston. Pataphysics is available from Printed Matter web site. Reproduced with permission by RealityStudio on 9 March 2009.
Brion Gysin Drugs Interview Timothy Leary William Burroughs