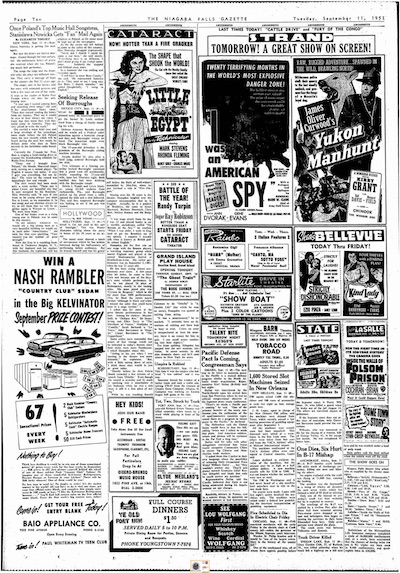 Mexico City, Sept 11 — A lawyer for William S. Burroughs planned today an injunction move to get the former St Louis resident freed from a charge of fatally shooting his wife.

Defense Attorney Barnabe Jurado said he would ask a Federal court injunction against a homicide charge and then seek Burroughs’ release on bond. The injunction might even block Burroughs’ trial.

The 37-year-old defendant is the grandson of the Burroughs adding machine inventor.

Jurado drafted his plea after a local judge ordered Burroughs held for trial.

Two witnesses at a hearing yesterday backed Burroughs’ statement that a pistol went off accidentally, fatally wounding his 27-year-old wife, Joan, last Thursday night. Both testified they had been drinking with the Burroughs couple.

Edwin J. Woods and Lewis Marker, young GI-bil students from Jacksonville, Fla, said Burroughs picked up the pistol from a table, opened the slide and a shot followed. They said they supposed Burroughs was looking to see if the gun was loaded.