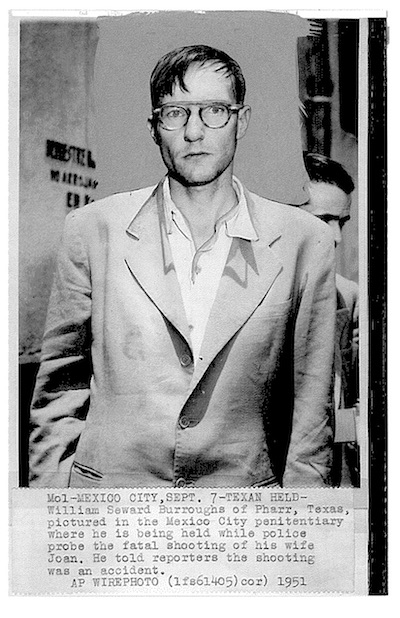 This is a collection of primary source documents related to the death of William S. Burroughs’ wife Joan Vollmer Burroughs. On 6 September 1951 Burroughs shot her in the forehead during a small party in Mexico City. Though Burroughs changed his story several times at the advice of his lawyer, the shooting was an accident which probably occurred when he tried to shoot a gin glass off her head in a drunken attempt at playing William Tell. The best sources for further details are:

Report on the Death of Joan Vollmer 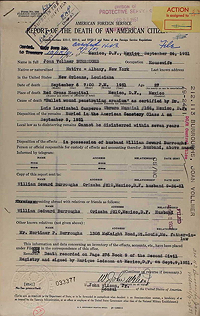 American Foreign Service Report on the Death of Joan Vollmer

These original news photos were sold at an eBay auction in July 2017 to an unknown bidder. 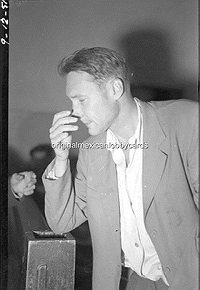 William S. Burroughs after His Arrest 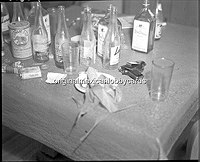 Table Littered with Bottles and the Murder Weapon 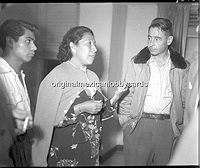 American Newspaper Accounts of the Shooting

Mexican Newspaper Accounts of the Shooting

Published by RealityStudio on 10 December 2017. Thanks to Graham Rae for the American Foreign Service Report and to Michael Stevens for the Mexican newspaper accounts.
Joan Vollmer William Burroughs

7 thoughts on “Documents on the Death of Joan Vollmer Burroughs”