Peter T. Leeson is BB&T Professor for the Study of Capitalism at George Mason University. His current research explores the economics of pirates and has been covered by the New Yorker, Freakonomics.com, the Financial Times, and the Boston Globe. His book, The Invisible Hook: The Hidden Economics of Pirates, is under contract with Princeton University Press and scheduled to appear in spring 2008. Burroughs fans should check out Invisible Hook, as it promises to highlight some of the aspects of pirate communities that appealed to Burroughs and found its way into Cities of the Red Night.

I just talked with a record dealer, and he said he is seeing a jump in high-end LP sales due to people buying collectibles as a “hedge against inflation.” What does this mean in economic terms and does thinking of this type have any basis in economic fact? How do rare books compare as an asset to art or precious metals?

To understand whether it makes sense to buy collectibles as a hedge against inflation, it’s important to understand what inflation is. Inflation is simply an increase in the supply of money. When government prints new money faster than the economy produces new goods, prices rise and the value of the dollar falls.1 Your money becomes worth less, making you poorer. 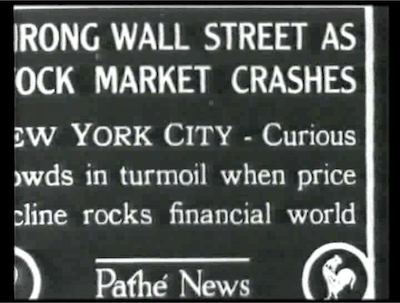 To prevent inflation from eroding your wealth, you might think about converting your dollars into assets that aren’t undermined by inflation. This is called hedging. Perhaps the most popular form of hedging is simply purchasing “real goods.” Real goods are commodities that directly satisfy our wants. Rare books, boats, gold, and Happy Meals are all real goods. Inflation may destroy the value of my dollars, but it can’t destroy the value of my Happy Meal. So, if I expect inflation to rise, it may make sense for me to convert some of my wealth into such goods rather than holding it in dollars.

Storing your wealth in real goods isn’t free, however. It costs something. For one, it costs you an improved ability to meet future demands. For instance, if I convert some of my dollars into rare books, I’ll have fewer dollars available to pay next month’s rent or to pay my doctor if an unexpected medical emergency comes up. If I convert too many of my dollars into rare books, I may not be able to pay these bills at all.

If I can easily convert rare books back to dollars when I need them, the cost of storing my wealth in rare books is small. But if it’s hard to convert rare books back into dollars at a price that won’t cause me to lose my shirt, the cost storing my wealth in rare books is much larger. So, one important factor a person who’s thinking about using rare books (or LPs, or any other collectibles) as a hedge against inflation to consider is their salability. How easily could I sell my books at a price that won’t earn a loss if I suddenly need more dollars?

Some real goods are highly salable. Gold is one example, which is a large part of the reason it’s widely used as a hedge against inflation. Gold has a “wide” market; it’s relatively easy to unload if I need to at a price that won’t kill me. Rare books, in contrast, tend to have a much “narrower” market. I’m not a collector myself, but this already tells me something about rare books’ salability. Their weaker salability compared to other goods, such as gold, makes them an inferior hedge against inflation.

Closely related to this is the relative inflation-adjusted rate of return one could expect from hedging against inflation by converting dollars into rare books versus other real goods, such as gold. Hedging against inflation is an act of speculation. You’re betting on the future value of the dollar, the future price of rare books, and the future price of alternative real goods you could use to hedge against inflation. When you convert your dollars into rare books you’re betting that the inflation-adjusted rate of return on this use of your wealth will be higher than alternative uses.

I don’t know the rare book market well, but my intuition is that rare books don’t provide an especially lucrative inflation-adjusted rate of return relative to other goods one could use to hedge against inflation. If they did, you’d see lots of people buying rare books during times of inflation, driving up their price. We don’t see this with rare books but we do see it with gold, suggesting the superiority of the latter in this capacity. 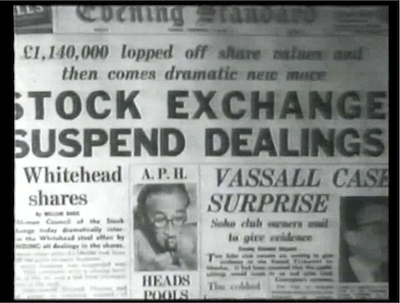 There’s another reason why, compared to gold anyway, rare books are probably not a very good hedge against inflation: If hyperinflation ensues and the dollar loses all of its value, there’s a good chance that gold could temporarily replace dollars as our medium of exchange. There are several reasons for this. Historically, gold was used as money. Gold is easily divisible, meaning that I can break it down into small pieces to make small transactions. Gold has an obvious unit of account, which is some increment of weight. And, as noted above, lots of people want gold. These features make gold a good money substitute if the dollar collapses.

Rare books, in contrast, lack these features. They weren’t previously used as a general medium of exchange. They aren’t divisible (tearing out pages to pay for smaller transactions won’t work). They have no obvious unit of account (unlike a certain quality of gold, the heavier book is not necessarily the more valuable one, and it’s more difficult to verify the quality of a particular rare book than it is do to the same for particular piece of gold). Finally, as noted above, the rare book market is relatively small.

But I’ve neglected what’s probably the most important factor for rare book lovers in thinking about converting their dollars into these goods, which is the pleasure collectors derive from holding them. This can alter the calculus considered above rather considerably. If I love holding rare books, I may be willing to convert lots of my dollars into rare books even though I’ll earn a lower rate of return by doing so. I may even be willing to go into arrears on my rent to do this. If this is the case for your, by all means, buy more rare books. I just wouldn’t expect them to act as an effective hedge against inflation.

You stated to me that there is an economic lesson to be learned from the collectible comic book market. What happened to the comic market in the last two decades, and what is that lesson?

Years ago I collected comic books. I still have most of them. Sadly, I believe their price has fallen rather considerably (though I’d be happy to learn otherwise if I’m mistaken here). In my mind, the takeaway from this is that the market for collectibles tends to be rather finicky. Fads and fashions seem to drive these markets more so than they do in many others, for instance the market for gold. Gold is pretty much always in. Punisher #1 isn’t. This stylized impression is connected to the point above about the salability of various goods and why rare books (or comic books) probably aren’t a very good way to try and hedge against inflation.

Throughout history countries that have the most aggressive book collectors seems to be the dominant economic if not world power. In the 18th Century, the great book collectors were English. In the 19th and into the early 20th Century, the Americans took control. I don’t know if this is true but you hear that the great collectors now are Asian or Russian. Does this foreshadow the eventual economic dominance of the Eastern Powers? Has this shift already occurred? How does collecting (be it books or art) factor into world economic hegemony? 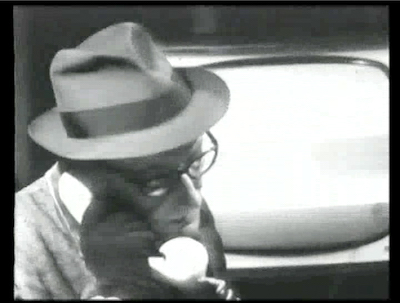 Rare books are luxury goods — goods people buy disproportionately more of as their income rises. There’s a reason why the average American has more rare books than the average Sudanese: he’s a lot richer. In poor countries, income is spent mostly on things like shelter and sustenance. Only once you become relatively wealthy and these needs are adequately satisfied can you afford to spend significant income on rare books. The “world powers” you mention were among the wealthiest countries of their times, so it’s no surprise that rare book collecting was more prominent in these places. As Asia’s, Eastern Europe’s, or any other region’s countries grow richer, we can expect increased rare book collecting to follow.

Given the rise of digital and virtual technologies, what do you see as the future of the rare book market? Does the death of print mean an even larger cult and fetish developing around print and thus leading to a boom in collecting books?

It’s increasingly common to hear that the rise of electronic media means the death of print media. I just don’t buy it. The logic underlying this common claim suggests that electronic and print media are exclusively substitute goods — when the price of electronic media falls, demand for print media falls with it. But in fact, electronic and print media are often complements. Access to online book reviews, for example, has led me to purchase more print books. The rise of the internet, which made possible electronic books possible, has made it infinitely easier for me to find and purchase print books. Even the electronic availability of some books has led me to find out about and purchase other print books I wouldn’t have otherwise purchased.

I buy many books (though not rare ones), and I’m quite certain that my book consumption is higher post-Amazon.com than it was before Amazon.com. In large part, this is due to the ease with which technology has enabled me to find books I find interesting. So, while the digital revolution has probably crowded out certain types of demand for print media, it has also increased demand for other types of print media. On net, I think the growth of electronic media has benefited print media rather than harmed it.

I should add that I don’t ever see the print book market going away. Some people, like me, just prefer to have printed versions of what we’re reading — and computer printouts don’t cut it. I want the actual book. Publishers can produce various works in electronic and print versions (as many currently do) and charge a higher price for the printed version to people like me who are willing to pay a premium to have it.

1. Technically, inflation is an increase in the supply of money not offset by a corresponding increase in the demand for money. Also technically, even if new goods are produced at a rate commensurate with the rate of monetary expansion there is still inflation. In this case, nominal prices will not rise, but prices will be higher than they would have been without the monetary expansion, creating a sort of ‘hidden inflation.’