Regrets. Every book collector has a few. Sometimes it is buyer’s remorse: a drop in the stomach when you realize you paid too much for an item. Often, the collector feels the persistent burn of desire when a highly prized book is passed over or otherwise gets away from one’s bookshelves. I rarely feel buyer’s remorse. The books that sting most in the pocketbook actually reward me ten fold as I handle and look at them over the years. In some cases, the item that I thought I paid too much for proves the soundest investment. 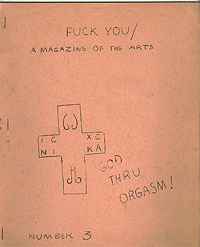 My Fuck You Press archive demonstrates this point. Years ago, I was approached by a bookseller to buy several issues of Fuck You Magazine. The collection was incomplete and the price was high. The bookseller assured me that Fuck You was right up my alley. This was before I started collecting complete runs of literary magazines, before I fell in love with the mimeos, before I really knew the importance of Fuck You Press. The bookseller anticipated the direction my collection would take. Anyway, he convinced me to part with the cash and I received an incomplete collection of Fuck You. The “Mad Motherfucker” issue and, more importantly, the Warhol cover were missing. Little did I know how rare and expensive this issue would be. I was blissfully unaware of how difficult it is to piece together a complete run. Two or three issues remained: how difficult could it be. I think the bookseller felt sorry for me, because he threw into the deal a complete run of Marijuana Newsletter signed by Allen Ginsberg, The Toe Queen Poems, checks from the Phoenix Bookshop and other goodies. After years of searching, I finally cobbled together the run of the magazine, and now I have a formidable Fuck You Archive. What could be viewed as a bad deal turned out to be my finest collecting coup. 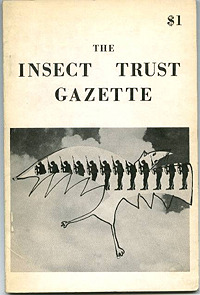 Other similar, though smaller scale, attempts to piece together complete runs have proven less successful. Thus far, I cannot find Locus Solus V or Insect Trust Gazette 2 leaving me with large holes in those collections. Even more frustrating is my ongoing crusade to get a complete run of My Own Mag which dealers assure me is next to impossible. The early issues just do not exist on the market. Issue 1 seems not to exist at all. So far they are right. Still, the ongoing search and potential discovery hold much of the magic of book collecting.

Most of my regrets over the years occur when I fail to buy an item. There may be several reasons for this: the finances just are not right; I do not realize the book’s value to my collection until too late; I get outbid; I act too slowly; or most frustratingly, I do not know about or see the item until after it sold. My biggest regret occurred very early in my book collecting odyssey. By that time, I realized my collecting focus: signed firsts from the 1950s to 1960s. I walked into a book show in Baltimore looking for Burroughs first editions. To my dismay, the fair lacked much of interest in this area. Until I reached a bookseller I had never heard of. He offered me a complete run of Black Mountain Review. I hesitated, and he immediately dropped the price to $400. I had never paid so much for a magazine before and this was a complete run. What the heck would I want with all the issues that did not feature Burroughs. Not collecting for very long and generally unknowledgeable about magazines, I assumed that Black Mountain Reviews grew on trees. So, I passed.

Now, a complete run of Black Mountain Review, if I owned one, would feature prominently in my collection. Gradually, my interest shifted to the magazine appearances but in Baltimore I failed to see the value of complete runs. At that time, it was enough to own a single issue with a Burroughs piece, in fact preferred. The Baltimore show and the Fuck You purchase marked a turning point where I would move away from the hard cover first editions and would dwell on the paperbacks and magazines. LPs were years down the road. 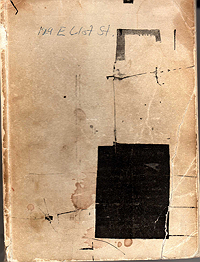 Setting aside the illustrious history of Black Mountain College and Black Mountain Review‘s place in post-WWII literary magazine history, the final issue of the magazine is a milestone in Beat history and a key for Burroughs’ development as a writer. Burroughs might not have completed Naked Lunch, if not for the encouragement showed by Robert Creeley and Allen Ginsberg, when they included a piece of Naked Lunch in the magazine. I learned all this later and my moment had passed. In addition, I learned that complete runs of Black Mountain Review are extremely rare and expensive. Currently, a copy is for sale in Europe for over $2000. What seemed like an easy decision remains one of my most costly (both financially and in terms of the completeness of my collection).

Clearly, the regrets are few and even these regrets deliver a pleasing pain. Such “what might have beens” make good fodder for stories and fuel the fire for the next discovery. Cautionary tales of books lost force an open mind and wallet at the next opportunity. One of the exciting aspects of book collecting is how the collection always changes and develops. Each new purchase provides another piece to the puzzle: a puzzle that is always missing that last elusive piece that will complete the picture.