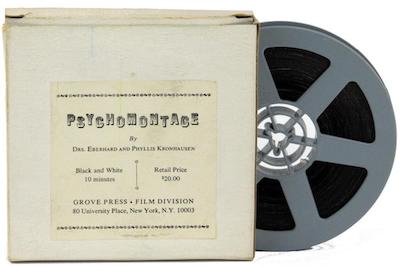 “AJ’s Annual Party” is one of my favorite episodes from Naked Lunch. It is one of Burroughs’ wildest flights of fantasy in the entire novel, with its depiction of a blue movie / snuff film starring Johnny, Mark, Mary, and Steely Dan III from Yokohama, the infamous dildo from which the band Steely Dan took its name. Like many of the most inventive Burroughs routines, there is an element of historical reality to it. The Great Slashtubitch, “that internationally known impresario of blue movies and short-wave TV,” plays off of Erich von Stroheim, the Austrian auteur who directed McTeague and Greed and who pushed the limits in the depiction of sexuality in early silent film. The monocle is a dead giveaway as von Stroheim wore an eyepiece in his acting roles playing Nazi officers and other villains, which earned him the nickname “the man you love to hate. Like Slashtubitch, von Stroheim was also hated on set as a director, a true tyrant and terror similar in persona to the roles in which he made his name as an actor.

Mr. Teas was the first above-ground skin flick to show female nudity without the pretense of nudist documentary or art film since the Hays Code cracked down on a hyper-sexed film industry in the 1930s. The film was also wildly successful. Made for $24,000 it quickly made $1.5 million. Like Naked Lunch, Mr. Teas was the subject of an obscenity trial (in Philadelphia in 1960), which it won with the judge ruling the film “vulgar, pointless, and in bad taste,” but not obscene. For better or worse, the floodgates were open to a new era of sexual explicitness in film. Mr. Teas spawned hundreds of imitators in the next year, and an endless supply thereafter, until Deep Throat, by letting it all hang out sexually yet with Hollywood-like production and plotlines, made the “nudie cutie” obsolete.

This background brings us finally to the next Pick of the Week: an original 5-inch 8mm film reel of Eberhardt and Phyllis Kronhausen’s Psychomontage from 1962/1963, offered by Ken Mallory Bookseller for $500. Mallory quotes Amos Vogel, the underground film champion, who almost single-handedly introduced Americans to experimental film and who pioneered how those films would be consumed and discussed thereafter, on Psychomontage:

With its use of erotica and montage, it sounds very Burroughsian does it not? Well, it should since Antony Balch, Burroughs’s collaborator on cut-up films, had a hand in the photography and camera work on the film. I would guess that Balch assisted in providing the nude and other sexually suggestive scenes in the film. So The Great Slashtubitch, with his experimental blue movies, predicts the figure of Balch and a film like Psychomontage with its montages of nude women. The name Slashtubitch suggests as much.

As Balch was working with the Kronhausens, he was also making similar non-erotic films with Burroughs. In addition in 1962, Naked Lunch was being published in the United States by Grove Press. The package for Psychomontage proves as interesting as the film itself, as it states the film as being distributed by Grove Press — Film Division. As I mention in an essay and archive on Evergreen Club News, Grove Press got into the porn film distribution business as a parallel to its distribution of obscene and outlaw literature. This side of the Press really exploded in the late 1960s, with the success of I am Curious (Yellow), but as Psychomontage proves, Barney Rosset was interested in pushing censorship limits in film early on, just as the mainstream film industry was itself becoming more and more explicit. In 1963, in Promises, Promises, Jayne Mansfield was the first mainstream Hollywood actress to do a nude scene. This makes sense as Rosset was a film producer before he was a publisher. In 1948, he produced a documentary entitled Strange Victory about racism in post-WWII America. The failure of that film disappointed Rosset and in his casting about for a direction to occupy his creative energies eventually found himself purchasing Grove Press in 1951.

Written by Jed Birmingham and published by RealityStudio on 9 June 2019.
Antony Balch