In the My Own Mag section of the Bunker, there is a long interview with Islwyn Watkins that allows readers to get a fuller picture of the community within which My Own Mag started and flourished. That interview inspired me to try and conduct similar interviews about other little magazines of the post-WWII era. The Playboy interview provided the sought-after format. The magazine features a long interview and a shorter, less detailed 20 question interview format. In the spirit of the shorter format, the Bibliographic Bunker introduces an interview series. 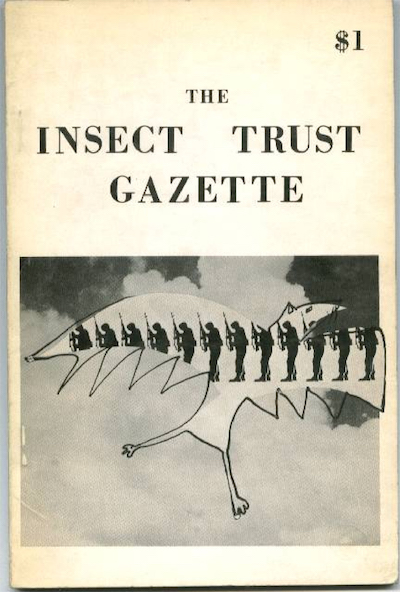 Thus far I have conducted two interviews. Both deal with little magazines that featured William Burroughs within their pages. The magazines have been featured on the Bunker in various places. Jed Irwin was one of four editors of the mysterious Insect Trust Gazette. I hope the Gazette still maintains its enigmatic aura after the interview, but at the same time, questions regarding the magazine’s name, its beginnings, its rarity (I am thinking of Issue 2), and its continuing hold on poets today were explored and answered.

Anthony Linick along with Donald Factor edited Nomad in the late 1950s to 1962. Like many collectors, I focus on the presence of Charles Bukowski and William Burroughs in the highly sought after Nomad 5/6, the Manifesto Issue. This is a big mistake. Before the interview, I read the entire run of Nomad and learned that the magazine wandered all over the literary landscape. The magazine featured Bukowski and Burroughs but also covered all the categories of Donald Allen’s New American Poetry anthology: Black Mountain, Beat, New York School, and San Francisco. Nomad explored beyond the Allen anthology by including the newly emerging Deep Image poets, as well as the ignored women poets published by Totem / Cornith. Linick discusses the magazine in depth dropping some interesting detail and stories in the process. 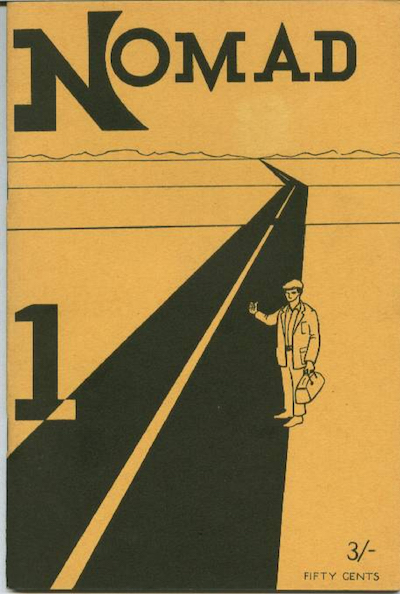 These interviews were conducted over email and have been edited with the assistance of the interviewee. In some cases, there are brief editor’s notes and I have pared down to the essence my long questions, but for the most part I have posted the interview untouched. I want to thank Jed Irwin and Anthony Linick for getting the ball rolling in what I hope to be a continuing if not regularly scheduled exploration into the little magazine, post-WWII literature, literary and counterculture communities, William Burroughs and collecting. All the topics explored in the Bunker are fodder for the interview series.

I am always on the lookout for new interview subjects. If you have a story you would like to tell please contact me or drop a line to the comment section of the Bunker. I hope these two interviews prove interesting and lead to many more.

Written by Jed Birmingham and published by RealityStudio on 25 May 2007. For interviews with Burroughs, Ginsberg, Cronenberg, and others, see the main Interviews secton of RealityStudio.
Interview Little Magazines