The 1969 issue of Package magazine consisted of several A3 stiff paper sheets folded and encased in a white paper bag featuring an ink drawing of a sailor from Battleship Potemkin by Brian O’Toole. It included a text on Allen Ginsberg and Bob Dylan, one on Jean-Luc Godard, and an interview with artist Tim Head called “Return to Peyton Place — A Word to the Wise Guy.” The interview was conducted by Joe Gilbert. The art editor was Andrew Morley, and the editors of the magazine were Gordon Sharp and Mike Jones.

The interview is charming and funny and sometimes silly but also very pertinent in its fascination with Burroughs’ image. A rather typical 1968 self-conscious faux Warholian aesthetic is apparent in the piece, but it’s also a real Roshomon in disguise in which an indefatigable interviewer pushes his source to the point where the latter begins to doubt his own encounter with the phantomatic Mister B. It’s definitely, even if somewhat unintentionally, revealing of how Burroughs was/is seen/not seen.

The magazine included a reproduction of a postcard from Burroughs to Joe Gilbert, the interviewer, which reads: “Dear Mr Gilbert, I thank you for the reality studio photos which I found most helpful. Sorry for the delay in answering, I have been in Morocco. All the best to you from William Burroughs.” The card is dated 23 August (23!!!!!) 1968. The interview has been transcribed exactly, although RealityStudio has added line breaks to facilitate reading. 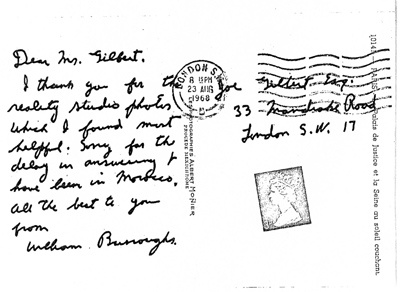 Joe: I hear that you met William Burroughs.

Joe: Were you alone?

Joe: Were you alone?

Tim: Um Lee Lorenzo was with me.

Joe: What did she say?

Tim: That is William Burroughs.

Joe: What did she say then?

Tim: Nothing. [laughing] Do you want some more cake?

Joe: Thanks. And after the no kidding?

Tim: We walked on to the edge of the pavement.

Tim: I said shall I go up and say something and she said why not.

Tim: I just went up.

Tim: Excuse me are you William Burroughs?

Joe: What did you say then? 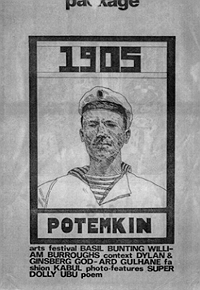 Tim: Um I said rather inanely I like what you’re doing.  I don’t remember his reply. I asked him what he was doing at the moment, he said he had just finished the new The Ticket That Exploded I think. I asked him how he liked London as I knew he’d . . . and he said something like London’s a dead scene, I prefer New York. I know what he meant.

Joe: Was that the end?

Joe: Do you know what he was doing there?

Tim: He was hanging round by a phone booth, I think a friend was phoning someone.

Joe: What happened after that?

Tim: I moved off. No I shook hands with him — no that was when I first met him.

Joe: What can you remember of his dress?

Tim: He seemed very smart in a seedy way just like you’d expect.

Tim: Yes. Maybe he was wearing a coat, no that’s not very likely it was too hot.

Joe: Was he carrying anything, books, a briefcase, a camera?

Joe: Did you record the experience?

Tim: Yeah for fun. I took two photos of where he’d been standing to see if I could recapture his image on my instamatic. Maybe I should have used infra red.

Joe: How did meeting him differ from meeting anyone else?

Tim: That’s a bugger isn’t it?

Joe: No comment. What was the duration of the meeting?

Joe: What would you like to have discussed with him?

Tim: His methods of time travel using his camera and his documenting of experiences in his journal.

Joe: Did the meeting motivate you to do anything?

Tim: Thinking about writing an article about it which I never got round to. It was going to be a piece of pure fiction.

Tim: The Duke of Edinburgh. It doesn’t really matter what I say.

Joe: What do you associate with the meeting, words, images, colours?

Joe: That is just how I see him.

Tim: Some sort of receding image.

Joe: What do you think it’s like to be William Burroughs?

Tim: Crippling. No, not really. Exciting.

Joe: Why am I asking you these questions?

Tim: Because I can’t be bothered to write an article.

Joe: For me Burroughs is a unique mixture of extreme toughness and sensitivity. Were either of these attributes apparent? 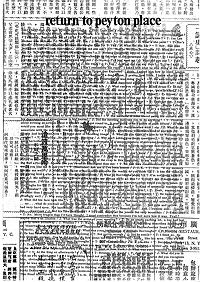 Tim: I think that’s a fairly accurate description of what it appears that he’s like. It’s quite interesting to meet people on this surface relationship. Maybe it tells you a lot. I don’t believe in depth.

Joe: You imply he’s not as he appears.

Joe: What was the most important thing about meeting him?

Joe: How do you feel about my asking you these questions?

Tim: I’m sure it will be more interesting than most of the crap in this magazine. In any case it saves me writing that article.

Joe: What would you like me to ask you?

Tim: [hesitates] Ask me if I’ve been honest.

Tim: Yes. “If my memory serves me well.”

Joe: What is the value of our conversation to the reader do you think?

Tim: It has the value of not giving him a clue as to what Burroughs is about.

Joe: What is Burroughs about?

Tim: I’m not going to tell you.

Joe: Me neither. He wouldn’t. Would it be nice to say yes or no to all this?

Tim: Don’t see it makes any difference. I’ve not said anything anyway.

Joe: Without knowing he was a writer, what would you have taken Burroughs for?

Joe: Did he look nondescript or a character?

Tim: Yes, but that was romanticism on my part.

Tim: Yeah, seemed more pleasant than I thought he would be. [yawn]

Tim: Suppose I expected to see signs of [pause] results of use of drugs.

Joe: Did his face look tense?

Tim: Yeah, fleshy at the jowels but very economic.

Tim: No. More fragile than I’d have thought. I must contradict this because I’m not sure how it was. Frail? Maybe that’s an illusion.

Joe: What was the scene of your meeting?

Tim: By an empty parking lot, a bus had just gone by down Broadway.

Joe: Ginsberg describes Burroughs as ‘reserved and dignified’ . . . Was this your impression?

Joe: Conrad Knickerbocker found his manner ‘didactic . . . forensic’. Did you?

Joe: What was your impression of William Burroughs?

Joe: He has been mistaken for a British diplomat.

Joe: Did he smile?

Tim: I think so. He was friendly anyway. Yes he did smile.

Joe: How about his voice?

Tim: Thin, reedy, like his eyes. That’s a bit absurd.

Tim: Because he knows.

Joe: Yeah I know. Where were you going when you met him?

Tim: To see Dan Graham, a writer. He said Burroughs was the most important person I was likely to meet in New York.

Joe: What was your reaction to meeting him?

Tim: At the time or afterwards?

Joe: What did you think as you walked away?

Tim: I was thinking about not getting run over.

Joe: From what source did you recognise him, obviously photographic?

Joe: Did the meeting confirm your preconception?

Tim: Yeah but it was over in such a short time it was like I made it up. I got to thinking maybe it wasn’t Burroughs at all, maybe it was [consults book] Dostoyevsky or Shakespeare. Or someone. It made a good interview anyway.

Joe: Yeah I enjoyed it.