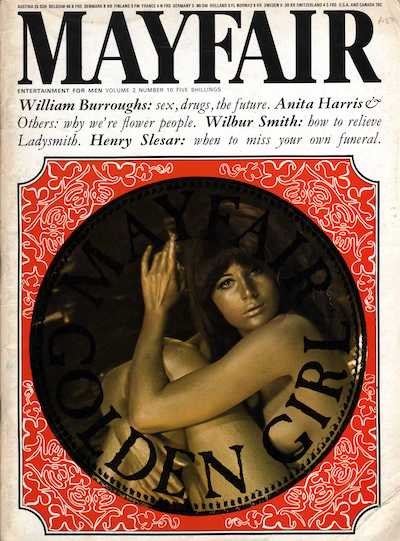 Welcome to the latest installment of “I Call Bullshit!” I understand that Mayfair men’s magazines with Burroughs appearances are a desirable collectible and that they are not as plentiful as they once were. I also understand that the condition of them can be funky. But the presence of officially graded Mayfairs being offered on eBay for $200 a pop is just too much. It does not appear that they are being marketed as Burroughs collectibles as el hombre invisible is not prominently featured in the item description or the available images. You look a little deeper into the seller’s items and it becomes clear that there is some serious bullshit going on. One hundred bucks for a beat-up version of the 1965 Grove paperback of Story of O. Come on man, that is a bargain bin book. 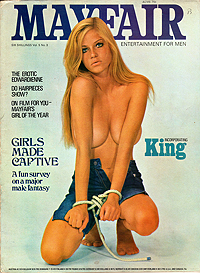 Written by Jed Birmingham and published by RealityStudio on 15 June 2019.
Mayfair Men's Magazines